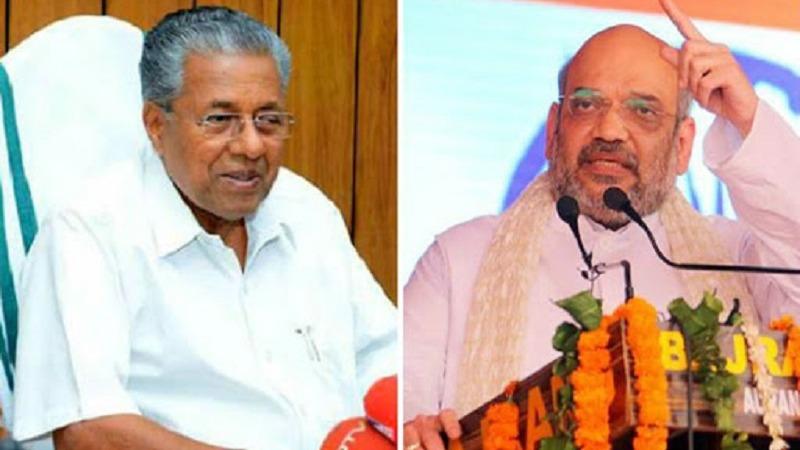 Amit Shah has posed seven questions to Chief Minister Binarayi Vijayan, who has accused the Central Government Enforcement Division of trying to tarnish the Marxist party through the Customs Department in the Kerala gold smuggling and dollar smuggling case.

He posed 7 questions regarding the gold smuggling case.

1. Did the key figures accused in the dollar and gold smuggling case work under them in their office or not?
2. Did their government pay them up to Rs 3 lakh per month or not?
3. Did their Principal Secretary give a higher responsibility to the woman who worked under the government scheme or not?
4. Was the woman taken on foreign trips on behalf of the government or not?
5. Has the accused woman come to their official residence or not?
6. Did they put pressure on customs officials from their office when gold was smuggled in at the airport?
7. Were some officers attacked or not?

Answer these important questions. Transparency is paramount. Today I have posed these questions in public. I hope you will respond to this openly in public.
Thus Amit Shah Had challenged.

Earlier, the Kerala Chief Minister had said that the Central Investigation Agency, including the Enforcement Division and the Customs Department, had started campaigning for the BJP and Congress parties in Kerala. Binarayi Vijayan Was severely reprimanded.

All the 140 constituencies in Kerala will go to the polls on April 6 in a single phase. In Kerala, the fierce competition is between the ruling Marxist Communist-led Left Democratic Front and the Congress-led United Democratic Front. Political observers say the BJP’s contest will have no major impact.