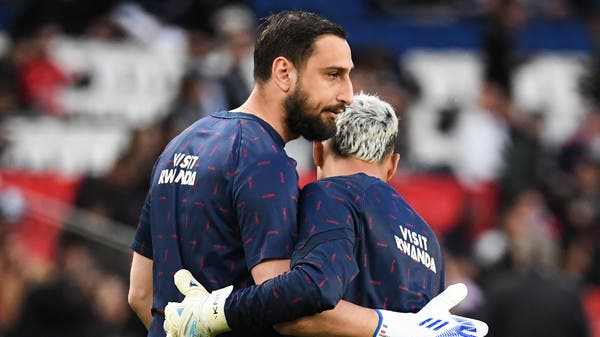 Italian goalkeeper Gianluigi Donnarumma made it clear to Paris Saint-Germain that he does not imagine rotating with his Costa Rican colleague Keylor Navas, who had shown the same attitude, in an interview with Agence France-Presse on Thursday.

Donnarumma said: “I think it certainly won’t happen that way, because I think the club will make its decision in this position.”

He added: I have a very good relationship with Keylor, we are two good people, and we understand the situation, but it was difficult, and for him as well, but let’s say that we managed the matter well, with the whole group and especially between the two of us, stressing that he wants to stay in Paris.

Navas had admitted in an interview with “Canal Plus” after the victory in Angers (3-0) on April 21 that the situation was complicated.

Navas explained: I have a very good relationship with him, I want to play all the matches, before adding: I am happy in Paris, but this situation must change.

Argentine coach Mauricio Pochettino rotated between the two international goalkeepers throughout the season, without setting a clear schedule.

“There will certainly be another administration next year,” said Pochettino, who may not be with the Paris club, although his contract runs until next year.

He added: The competition was good, but the future will certainly be written in different circumstances. It’s clear that Keylor, like Gigio, wants to play more.

The 23-year-old Donnarumma arrived in Saint-Germain last summer from AC Milan and was crowned with his country’s European Cup, in which he won the Best Player award, with a contract until 2026.