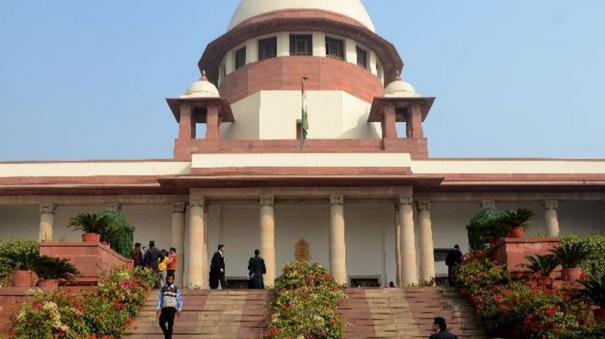 New Delhi: Supreme Court Chief Justice N.V. Ramana has opined that freebies and welfare programs should not be confused, and since a detailed investigation is needed in this regard, he has transferred the case to a 3-judge bench to ban election-time free promises.

The trial of this case was going on for the last 3 days in the session headed by Chief Justice NV Ramana. However, as NV Ramana retired yesterday, this case was telecasted live.

Chief Justice NV Ramana, who heard the arguments of senior lawyers from all sides in the case, said in the order issued yesterday:

Election time free ads and attractive promises are only announcements made to attract voters at that time. Such free announcements risk even bankrupting a state government. Such freebies are used to popularize the party.

But, not all announcements can be considered free. Don’t confuse freebies with welfare schemes. In a democracy, the people have the real power to decide who to vote for.

Can an expert committee be set up to look into such issues? To what extent can the intervention of the Department of Justice in this matter related to free? To what extent does the appointment of an expert panel by the court help in this matter? A detailed investigation is needed on whether the Subramania Balaji judgment of 2013 should be reconsidered.

Who presides over the session?

Therefore, in view of the seriousness of this case, I order it to be transferred to a 3-Judge Bench. Meanwhile, the 3-judge bench will decide who will be the next Chief Justice of the Supreme Court. But the judgment passed in the Subramania Balaji case last year, 2013, should be reconsidered considering the seriousness of the case, he postponed the trial for 4 weeks.

Broadcast online for the first time: