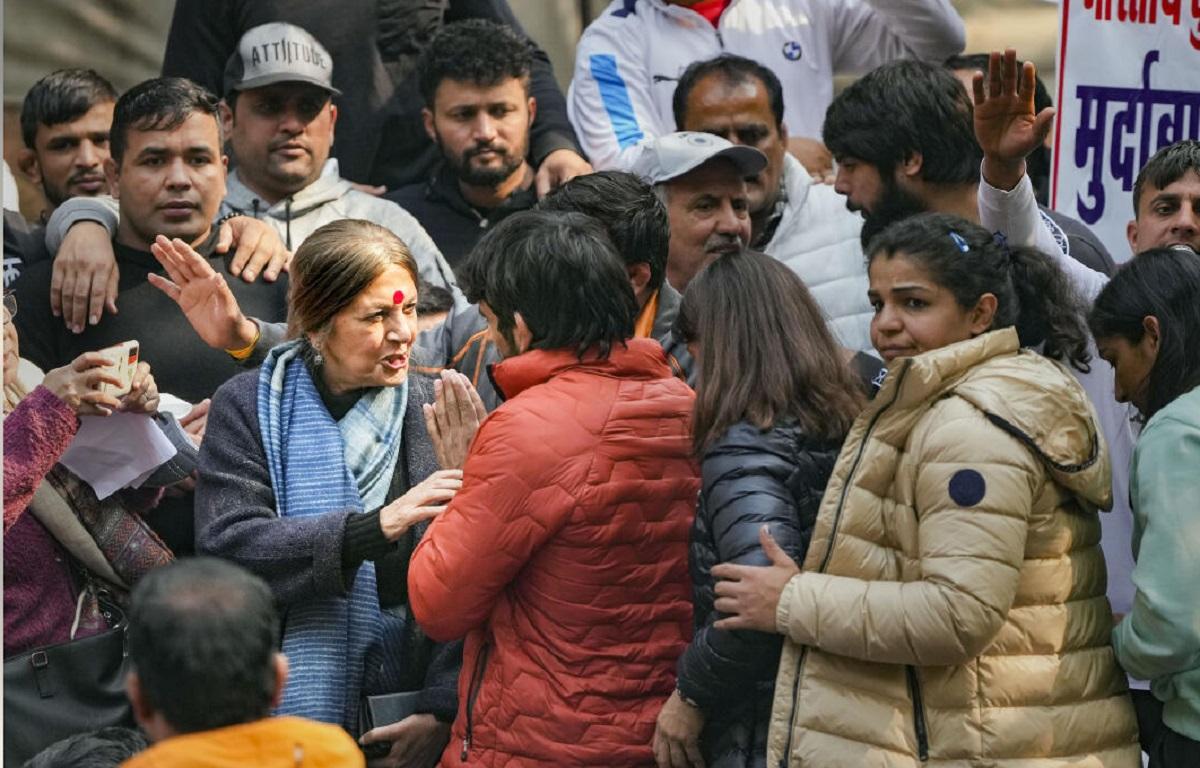 New Delhi: The wrestlers raised their hands and requested the leftist leader Brinda Karath, who came to support the protest being conducted by the wrestlers, not to politicize the protest and to leave the stage.

Wrestlers have accused Indian Wrestling Federation president and BJP MP Brij Bhushan Saran Singh and some coaches of sexually harassing female wrestlers. Following this, the wrestlers and female players have been protesting since yesterday at Jandar Mantar in Delhi, demanding that the central government should take action against the president of the wrestling federation and change the management of the wrestling federation.

Subsequently, the Sports Ministry has directed the Indian Wrestling Federation to respond within 72 hours regarding the matter. In this regard, the letter sent to the wrestling federation said, “Since this matter is in the interest of the sportspersons, the ministry is taking it as a serious matter. A reply should be given within 72 hours regarding this matter. Failure to do so, the ministry will initiate action against the Indian wrestling federation as per the National Sports Rules, 2011.”

In this case, the senior leader of the Marxist Communist Party, Brinda Karath, came to the place where the protest was held to support the protest of the wrestlers. The wrestlers who were there then said, “Please don’t politicize this. You can’t give the mic to speak. Please leave,” the wrestlers shouted. After that Brinda Karat left from there.