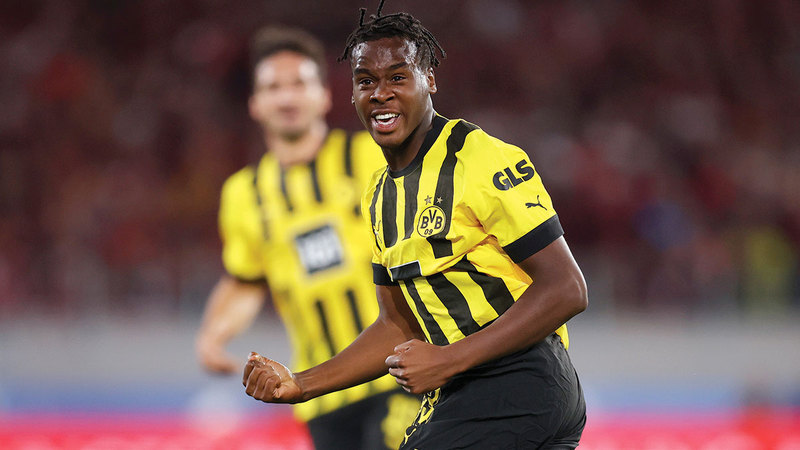 Promising English striker Jimmy Pino Gittens has extended his contract with the German club Borussia Dortmund until 2025, the yellow and black club announced yesterday. The decision to extend the extension comes after the brilliance of Pino Gittens, who scored a goal from his team’s hat-trick in the 3-1 victory over its host Freiburg on Friday, shortly after he celebrated his 18th birthday (August 8, 2004). Dortmund coach Eddin Terzic praised the young Englishman after the victory, describing him as a “change factor in the match”, and that “he can make the difference for us.”

Terzic threw the young striker in the 74th minute instead of Belgian Thorgan Hazard, after his team was 0-1 behind, to contribute to the equalizer in the 77th minute, before Dortmund won 3-1. Dortmund is second with six points, with a goal difference from leaders Bayern and defending champions in the past 10 seasons.