Dozens of defense ministers in Brussels.. to supply Kyiv with more weapons 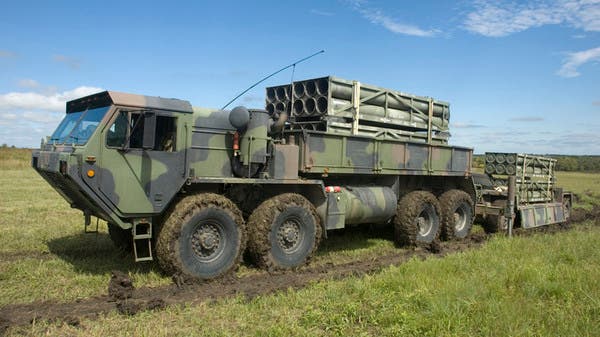 In light of the continuing Russian-Ukrainian fighting, amid mounting demands from Kyiv to supply it with advanced weapons, dozens of defense ministers from NATO countries and other parts of the world will meet today, Wednesday, in Brussels, to discuss arms supplies to Ukraine.

The meeting will be attended by the US Assistant Secretary of State for Political and Military Affairs, Jessica Lewis, who gives policy guidance on international security, defense trade, and security assistance.

US officials expect to announce additional weapons to Ukrainian forces in the coming days, according to Reuters.

It is noteworthy that the United States has pledged about 4.6 billion dollars in security assistance to Kiev since the launch of the Russian military operation on February 24, including artillery systems such as howitzers and longer-range weapons such as rocket launchers.

However, the US administration confirmed that it had received assurances from Kyiv that longer-range weapons would not be used to attack Russian territory, for fear of an escalation of the conflict.

But despite the promises of Western countries with weapons, including advanced American missiles, their deployment takes time.

Kyiv will also need continued support to transition to new, more advanced supplies and systems, as stocks of Soviet-era weapons and munitions dwindle.

It is noteworthy that the Ukrainian Defense Ministry had previously announced that it had received “about 10% of the weapons” that its Western partners demand to confront the Russian forces, reiterating the appeal to expedite the supply of weapons and not slow down, especially as the battles are raging in the eastern Donbass region.

She also stressed that Ukrainian forces “will not win” no matter what efforts they make, without the help of their Western partners.

Since the start of the Russian operation on Ukrainian soil, Western countries have poured military aid into Kyiv, while imposing severe sanctions on Moscow, affecting many economic, commercial, military and even sports sectors.