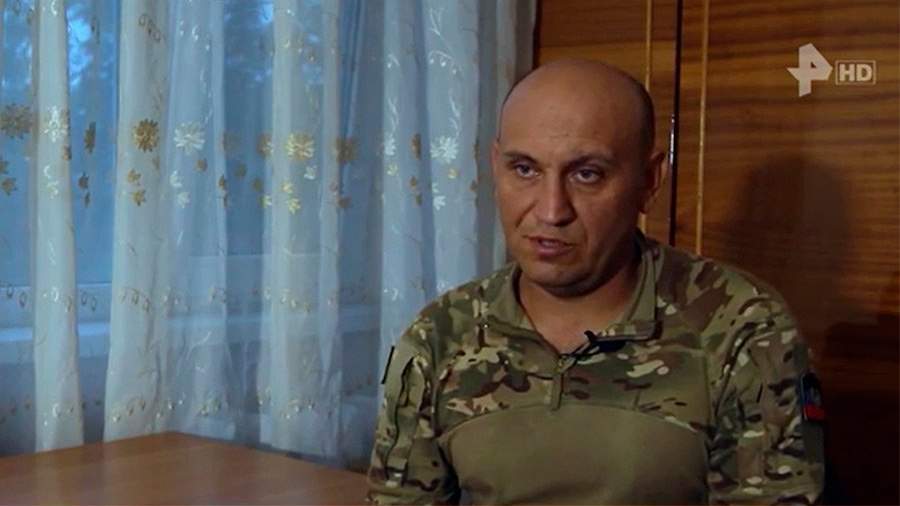 A fighter of the army of the Donetsk People’s Republic (DPR) Viktor Semashko spoke about the release from Ukrainian captivity and the torture that was used against prisoners. He reported this to Izvestia on October 4.

Semashko was captured near Mariupol in the spring. The militants tried to get information from him about the whereabouts of Russian units and demanded to lead saboteurs to the rear of the allied forces in order to blow up ammunition depots. After Semashko refused to cooperate with the nationalists, they inflicted nine blows on the serviceman with a bayonet-knife.

“They took bats and started beating me with bats. They broke my ribs, crushed my left hand. At night, the door opened and this Said came in. He told me: either you will cooperate with us or we will let you go to waste. I will not do it. Well, he freaked out, pulled out his bayonet and started stabbing me, nine stabs with the bayonet. I bled profusely. He sat down next to him and said: “I want to see you die,” Semashko said.

After that, the soldier pretended to be dead in order to escape from captivity. However, the attempt was unsuccessful and he was again taken prisoner.

“When they carried me, I heard their conversations: “Let’s get away so that it doesn’t stink.” Well, that’s how they kicked me out. I, when heavy shelling began, I crawled towards ours. And in the morning, when it was already dawn, well, just other fighters of the Armed Forces of Ukraine (Armed Forces of Ukraine. – Ed.) Heard me crawling, jumped out and took me prisoner again ”, the soldier said.

On September 22, the Russian Ministry of Defense announced the return of 55 military personnel who were held captive in Ukraine. After arriving in Russia, the soldiers were sent to hospitals, where they were guaranteed medical and psychological assistance.

On the same day, a Russian soldier told Izvestia about the conditions of detention in Ukrainian captivity. He said that the Ukrainian military forced him to say “many things” on camera, threatening him with machine guns.

The special operation to protect Donbass, the beginning of which the Russian leader announced on February 24, continues. The decision to hold it was made against the backdrop of an aggravation of the situation in the region due to shelling by the Ukrainian military, in connection with which the authorities of the Donetsk and Luhansk People’s Republics turned to Moscow for help.