Dragon frightened by tattoo craze among minors, ban on tattooing 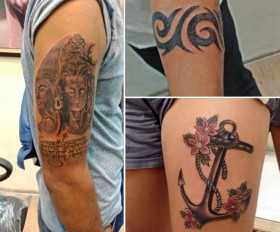 Action will be taken against tattoo artist

According to the news published in Hindustan Times, the Chinese government has said that if any tattoo artist is caught making tattoos of minor children, then strict action will be taken against him. The government also said that children who have already got a tattoo done and want to remove it now can consult a doctor. Significantly, the decision to ban tattoos was taken after consultation with several departments. For this, the Youth League of the Communist Party of China has also been consulted.

Government appealed to the people

The government has asked the people to make the minors aware of the basic socialist values. So that children understand about the harm caused by tattoos. Significantly, China’s economic center Shanghai was the first to ban children under the age of 18 from making any kind of cosmetic surgery and tattooing on March 1.