Draw negatively .. Lions of Mesopotamia “without fangs” against Oman 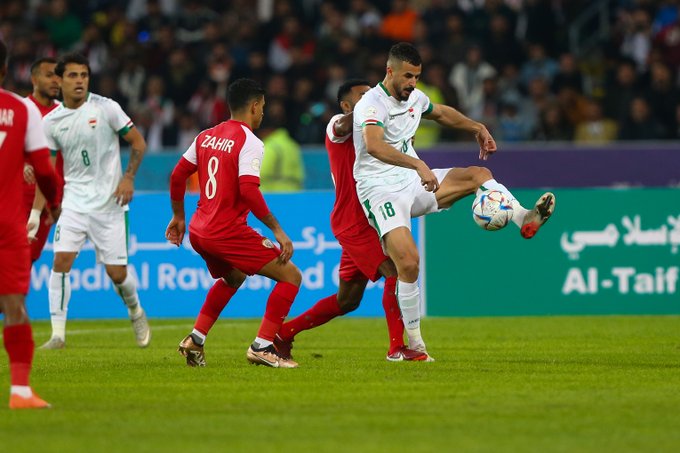 A goalless tie overshadowed the first match of the Gulf Cup in its 25th edition, which brought together Iraq, the “host country” with Oman, at the Palm Stadium in Al-Basr Sports City.

With that result, the historical knot that accompanies the owners of the land continues in the opening matches of the Arab Gulf Cup tournaments, contenting with a goalless draw against Oman in the match that you gathered on Friday in the first round of the group stage.

Iraq, which was visited by 60,000 fans, failed to take advantage of its advantage during the match, specifically in the first half, to score its first victory over Oman, which it was denied in the last five matches they had collected in the Gulf Cup tournaments.

The first half was weak in terms of the technical level, and the chances of the two goals decreased, despite the enthusiasm with which the Iraqis started the match, but they were unable to threaten the goal of goalkeeper Ibrahim Al-Mukhaini, except once from a shot by Durgham Ismail, which was narrowly removed by the goalkeeper.

And the Iraqi national team succeeded in continuing its advantage in the second half and succeeded many times in threatening the goal of Oman through a shot from a fixed kick played by Durgham Ismail, so that the ball hit the crossbar and then into the goalkeeper and turned into a corner kick.