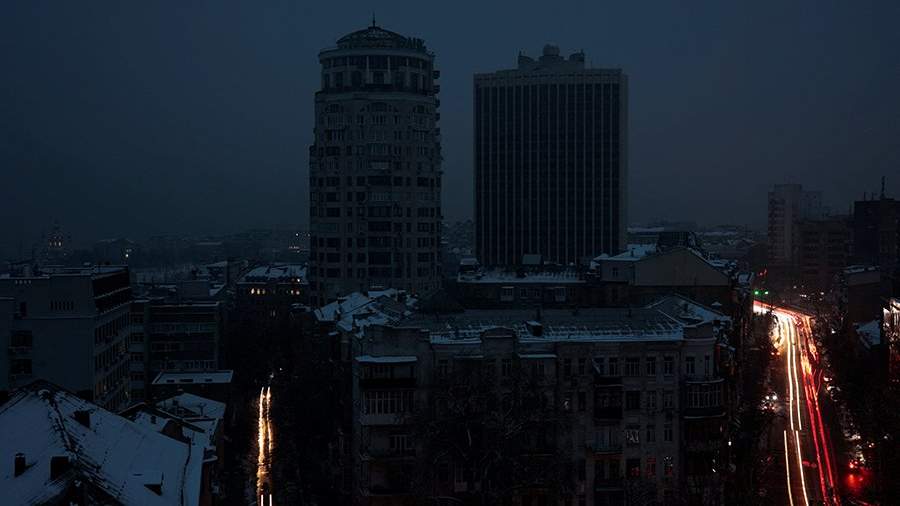 The CEO of the Ukrainian energy holding DTEK Alexander Fomenko on Friday, November 25, said that Kyiv was provided with electricity only by 30%.

“We only have enough capacity for 30% of the consumption of the city’s residents,” the Ukrainian edition of Klymenko Time reports Fomenko’s words.

According to him, at the moment, electricity in the houses of Kyiv is turned on for three to four hours with a break of eight hours. At the same time, in the region, due to bad weather, which also damaged the energy system of the region, the situation is even more critical. Restoration of networks is still underway, Fomenko specified.

In addition, Fomenko said that by Monday it is planned to return to planned power outages in the region.

Earlier that day, a resident of Kyiv said that the city is experiencing big problems with energy and heat supply. Light is supplied to consumers only for a few hours a day.

At the same time, Ukrenergo announced that the shortage of electricity in the country’s energy system was 30%. Against this background, planned and emergency schedules for limiting electricity consumption have been introduced in all regions of Ukraine.

On November 25, President of Ukraine Volodymyr Zelensky asked the West to provide Kyiv with diesel and gas to compensate for the shortage of electricity in the country.

On October 10, Russian troops began inflicting massive strikes on Ukraine’s infrastructure facilities. As Russian President Vladimir Putin explained, this was a response to the terrorist actions of the Kyiv regime, in particular on the Crimean bridge.