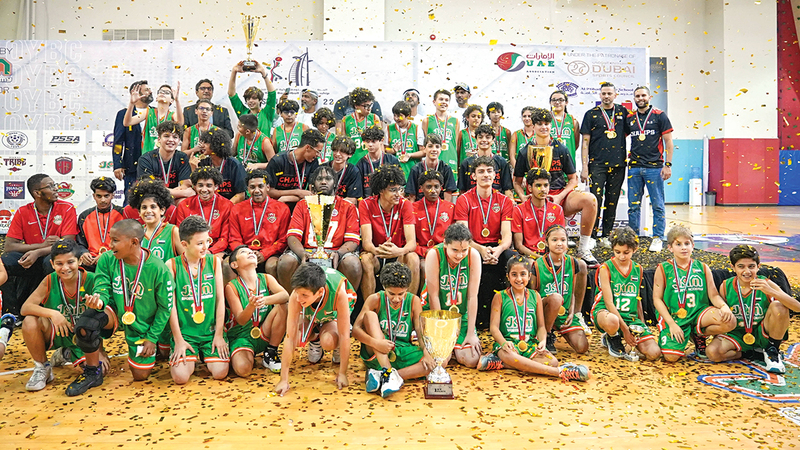 Dubai is witnessing the establishment of nine various sporting events to be held in cooperation with the Dubai Sports Council this weekend in various regions of Dubai, including two rhythmic gymnastics championships, two boxing championships and three running races.

The “Dogim Cup for Rhythmic Gymnastics” tops the list of sporting events that are held on Saturday and Sunday at Collegiate International School, in which Bulgarian former Olympian Catherine Taseva, one of the most famous stars of rhythmic gymnastics in the world, will compete. Up to 16 years old in singles and team categories.

A press release said: “Participants will have various options in displaying skills, which include the free hand, the ball, the rope, the hoop and the ribbon, as well as more methods chosen by the players. The event aims to raise the standards of rhythmic gymnastics at the international level, based on the constant concern for excellence and the advancement of the game of rhythmic gymnastics, and the application of best practices.

The list of events also includes the conclusion of the Red Bull Basketball Triathlon Championship, which will be held on Saturday at the helipad in Dubai Festival City, and the winning teams of men and women will qualify for the World Championship finals to be held in Egypt next September.

On Sunday, the Dubai Sports Council will organize a major celebration to coincide with the celebrations of the International Day of Yoga. The events will be dedicated to women, and will be held in the Dubai World Trade Center in Halls 1, 2, 3 and 4.

The list of events includes organizing three running races in different regions, most notably the Super Sport Night Running Race in the Meydan area, the Marsa Night Running Race at Dubai Festival City Marina, and the Wellman Summer Run at Meydan Racecourse. Two boxing tournaments will also be held, as the fourth edition of the Countdown to the Crown of the Middle East Championship will be held, hosted by Sheikh Maktoum Hall in the Dubai World Trade Center, in which the most prominent boxers from the United Kingdom, Belgium, Georgia, India, Pakistan, Argentina, Tanzania, South Korea, Iran, Sri Lanka, Cuba and the Philippines will compete. Salsa Boxing at Caesar Palace Hotel on Blue Waters Island, Dubai.