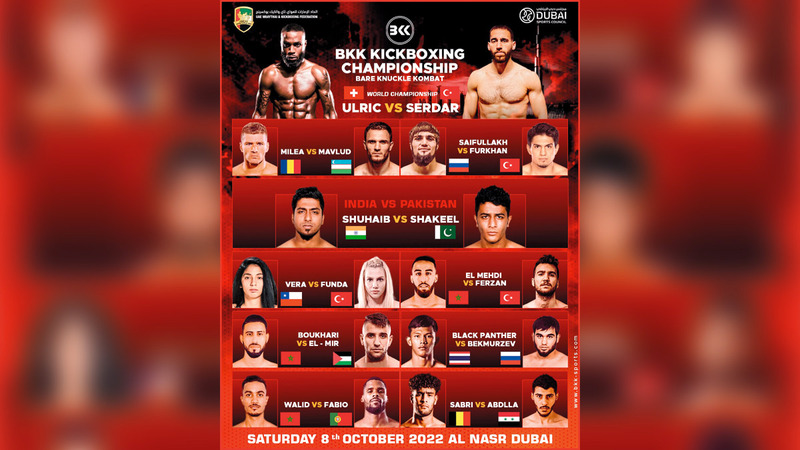 Next October, Dubai will host the BKK kickboxing championship, organized by BKK Sports, in cooperation with the Dubai Sports Council, with the participation of 20 of the strongest boxers in the world, and its competitions will be held in Rashid Bin Hamdan Hall in Al Nasr Club. . The tournament will witness the holding of 10 of the toughest kickboxing championships in the world, led by the main fight between Swiss Ulrik Bokem and Turkish Serdar Eroglu, who are competing for the world championship belt in the 90 kg category, and India’s Muhammad Shuaib will compete with Pakistani Shakil Abdullah Chandeu.