Dubai hosts the “Battle of the Year” between Herrera and Robles.. Know when the confrontation will take place 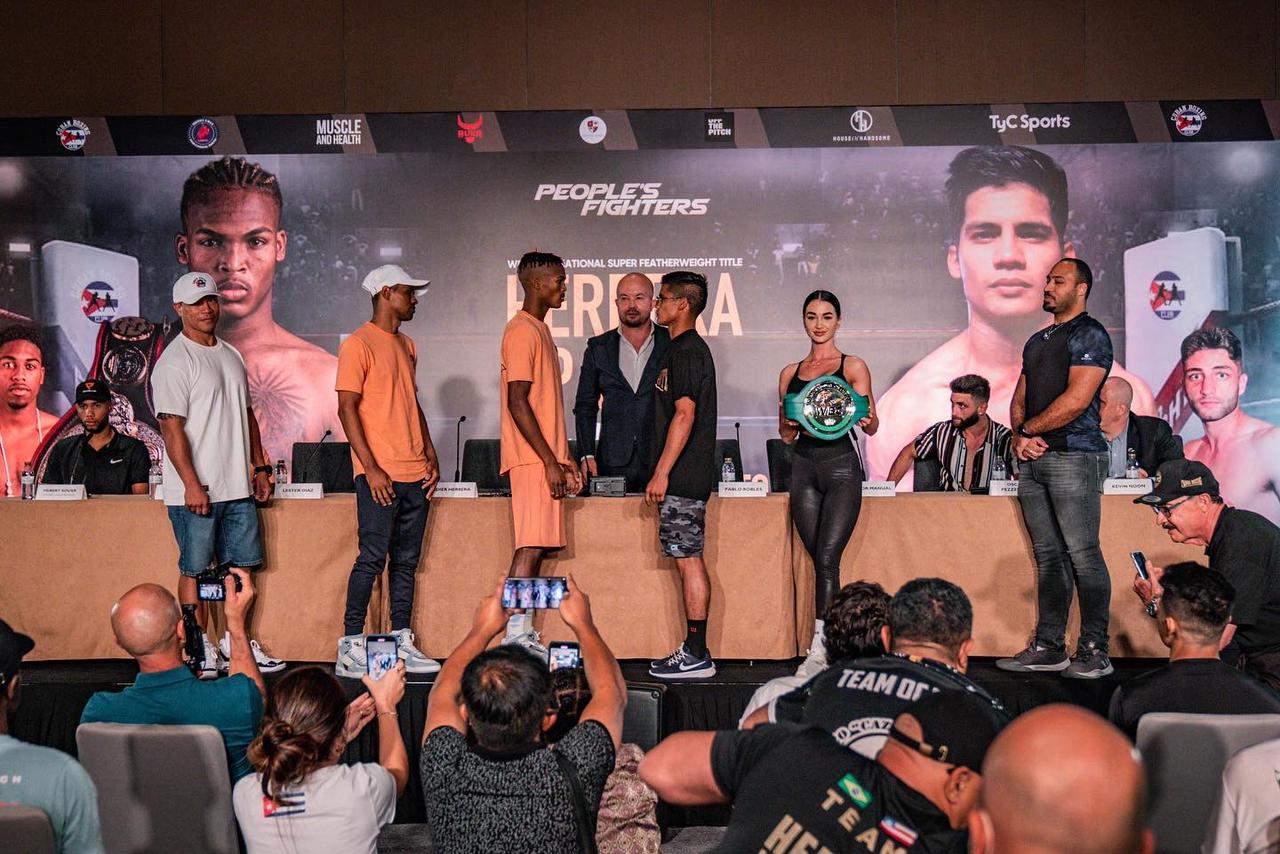 The hour of truth will strike in front of Jadeer Herrera, the Cuban boxing champion residing in Dubai, when he returns to the wrestling ring after 4 months, in order to fight the exciting “Ball of the Year” against his Mexican rival Pablo Robles at six o’clock in the evening (Saturday, June 18, 2022) in a hotel Caesars Palace Bluewaters Dubai is among a group of other no less enthusiastic fights, including the Egyptian Abdel Ghani Saber’s confrontation with the Brazilian Heitor Sosa.
The fight will be held within the second edition of the “Cuban People’s Fighters” championship, after the success that accompanied the first two editions that were held in October last year, and the second that was held last February in Dubai as well, in cooperation with the Dubai Sports Council, and with the participation of many international boxing stars.
Gadir Herrera is the grandson of Cuban legend Angel Herrera, the two-time gold medalist in the Olympics (Montreal 1976) and (Moscow 1980) at the press conference held on Thursday evening if he reached the stage of full readiness to fight the year against his Mexican competitor, and that he saw a group of His opponent’s fights enabled him to get to know his style and devise the appropriate plan in order to win against him.
Herrera expressed his appreciation for his opponent for accepting the fight in Dubai, and said: “It will certainly be a clean fight from both sides. I am in full focus in order to win. It is great to face a strong opponent like Pablo Robles. Everyone is waiting for the start of this fight, and certainly me too.”
In turn, the Mexican boxer Pablo Robles said that he does not represent only himself, but all the Mexicans who are waiting for him to achieve victory, including his family, stressing that he will double his efforts during the confrontation in order to win, stressing at the same time that the fight will not be easy against a competitor such as Jadir Herrera.
In the rest of the other fights, Cuban Diane Gonzalez faces Tanzanian Charles Chelala, Dutchman Anthony de Brien in front of Tanzanian Muhammad Kachinda, Ugandan Abdelaziz Scipilim against India’s Muhammad Sajid, Cameroonian Jean Junior Messi faces Filipino Ricky Sismondo, Cuban Jesus Gamba in front of India’s Manish Ahlawat, Cuban Armando Martinez Argentine Fernando Cansino, Brazilian Heitor Sosa, faces Egyptian Abdel-Ghani Saber, Cuban Yan Marcos faces Argentine Mauricio Oscar.
The name “People’s Fighters” came to reflect the state of passion of the Cuban people and their interest in boxing, which dates back to the beginning of the last century, and the first official fight was held in 1909, and from that time the sport developed until Cuba became the most medal-winning country in the Olympic Games.
Many Cubans practice boxing bouts recreationally, as many young fighters are accepted by the centers to prepare fighters in the hope that one day they will become champions in the world of this sport, and a special club has been opened to teach Cuban boxing in the Al Quoz area in Dubai.