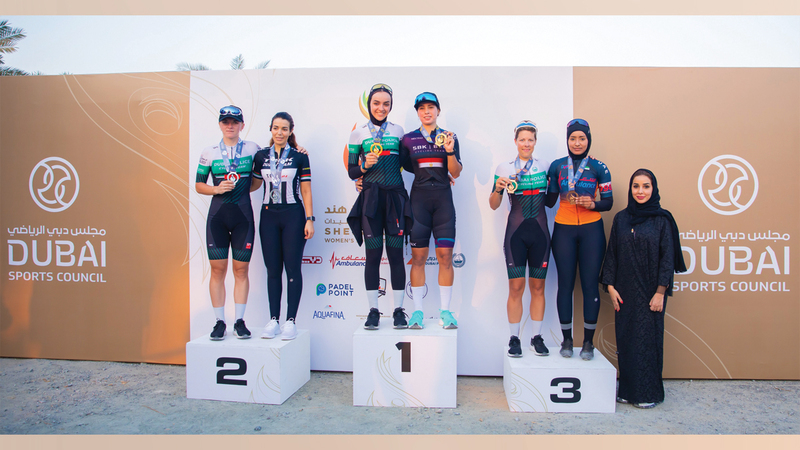 The curtain has come down on the competitions of the ninth edition of the “Sheikha Hind Women’s Sports Tournament”, organized by the Dubai Sports Council under the patronage of the wife of His Highness Sheikh Mohammed bin Rashid Al Maktoum, Vice President and Prime Minister of the UAE and Ruler of Dubai, Her Highness Sheikha Hind bint Maktoum bin Juma Al Maktoum. , which included six individual sports.

In the badminton championship, the player of the Dubai Police General Command, Rawda Saeed Rashid, won first place in the female nationals category.

In the residents’ category, Latifa Al-Sorokh from the Dubai Club for People of Determination won first place, while Safia Mukhtar Al-Sayegh from the Dubai Police General Headquarters won the women’s category for the 16-kilometre bike race.

In the resident category, Sundus Salem and Mona Ghadban from the Dubai Roads and Transport Authority won first place.