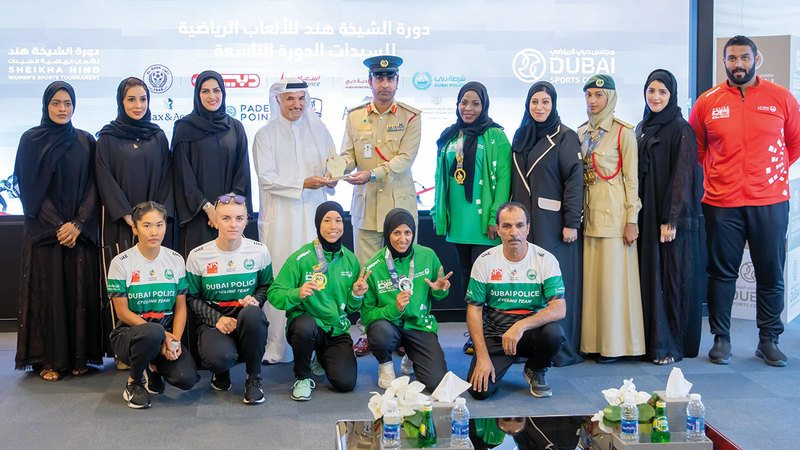 The Dubai Police General Command topped the honored institutions, in the celebration organized by the Dubai Sports Council at its headquarters, to celebrate the success of the ninth edition of the “Sheikha Hind Women’s Sports Tournament”. The Dubai Police General Command won the award for the best participant, after winning the largest number of titles and medals in the session, which amounted to five gold, two silver and two bronze medals, after controlling five titles: badminton, running, bowling, cycling, and Crossfit. It also received the Shield of the Course as being at the forefront of the supporting and partnering bodies.

The participants in the event watched a film about the most prominent stations and competitions included in the course, while the Secretary-General of the Dubai Council Saeed Hareb, and the Chairman of the Women’s Committee in the Council, Rawda Al-Mahrazi, in the presence of the Assistant Secretary-General of the Council Nasser Aman Al Rahma, handed over the course’s shields to the sponsoring institutions, while Lt. Colonel Abdul Basit handed over I received the honor of the most accomplished and medal-winning institution, in the presence of the course director and director of the women’s sports department at the council, Fawzia Faridoun, and a number of players and coaches for the Dubai police teams participating in the course.