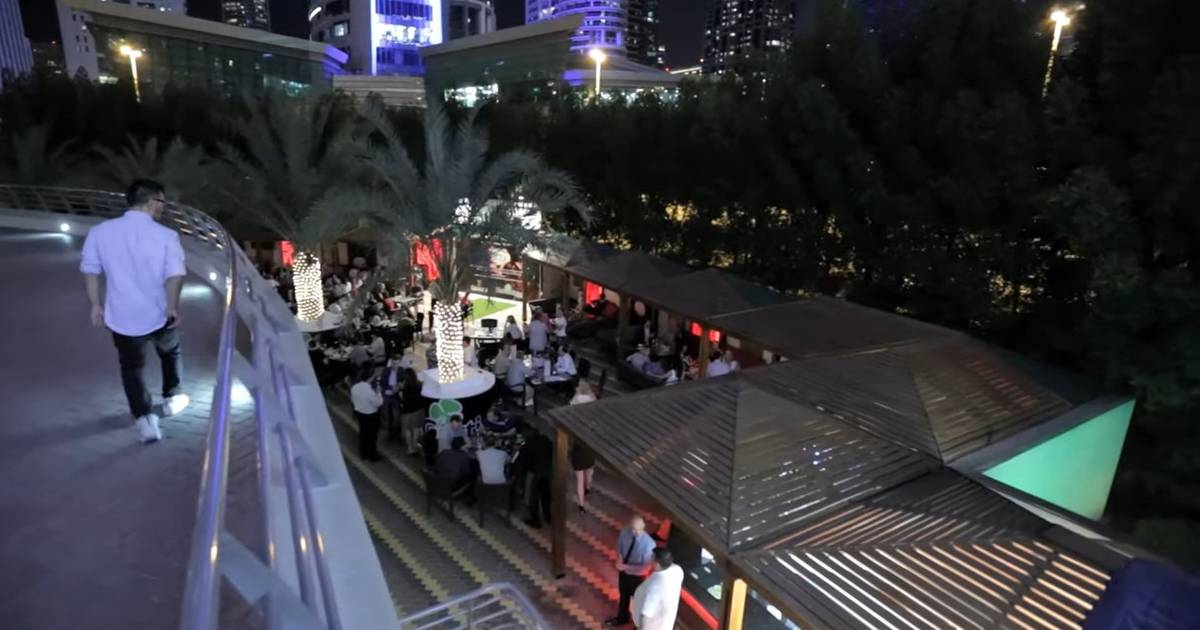 Dubai no longer taxes the sale of alcoholic beverages. It is a temporary measure that will apply for a year, apparently intended to attract more tourists and expats.

MMI, owner of 21 alcohol stores in Dubai, writes above advertisements on his Instagram account “Buying drinks is now easier and cheaper than ever: no more 30 percent tax, free personal liquor license and no more long journeys to stock up.” Many Dubai residents travel to the Emirate of Umm al-Quwain and other emirates 61 kilometers to the north for large duty-free alcohol purchases.

African+Eastern with seventeen liquor stores, advertises with slogans such as ‘Tax Free’ and ‘No Cost’ (for the alcohol license). Both chains note that alcohol prices will still be subject to a sales tax of 5 percent.

By removing the alcohol tax on the liquor license, the hospitality industry in the emirate can now also buy alcoholic drinks cheaper. Whether customers will benefit from this remains to be seen. A glass of beer (0.33 cl) now quickly costs between 8 and 12 euros.

The temporary measures stem from a government decision by the ruling Al Maktoum family. Government officials have not yet officially confirmed the decision, nor have they responded to questions from the AP news agency.

Relatively liberal Dubai has already relaxed the rules for the sale of alcoholic beverages in recent years. For example, sales are allowed during the day during Ramadan and home delivery was allowed during the lockdowns at the start of the corona pandemic. With the removal of the tax on alcohol sales, the Al Maktoum family loses a source of income, but they apparently take that for granted in an effort to further boost tourism to the emirate.

Competition in the Middle East

The emirate is facing increasing competition from other countries in the Middle East. For example, Abu Dhabi, the capital of the United Arab Emirates (UAE), located 140 kilometers to the south, scrapped its alcohol licensing system in September 2020. The emirate actively promotes itself as a tourist destination with the slogan ‘Experience Abu Dhabi’.

The strict Islamic Saudi Arabia, which opened its borders to tourists in 2020, is also doing the same with the ‘Visit Saudi’ campaign. The development of tourism is an important growth engine for the future of the kingdom and one of the main pillars of the Vision 2030 plan. This should help diversify the economy and become less dependent on oil, according to the website of the Tourism Authority. . Conservative Qatar also profiles itself as a tourist destination and launched the global campaign ‘Feel More in Qatar’ in the run-up to the Football World Cup.

Dubai has the great advantage that alcohol is allowed there, which is not the case in Saudi Arabia, and the sale and consumption of alcoholic beverages is not bound by strict rules as in Qatar. The temporary suspension of the alcohol tax comes as the UAE, which has seven emirates with Abu Dhabi and Dubai being the most famous, prepares to introduce a 9 percent corporate tax on top of other taxes. That will take effect in June.

Whether there is a connection between the two tax measures is not clear. Alcohol distributor MMI, part of the wider Emirates Group, wrote on Sunday in a statement announcing the scrapping of the 30 per cent tax on alcohol that “these recently updated regulations are essential to ensuring the safe and responsible purchase and consumption of alcoholic beverages in Dubai and the UAE. continue to guarantee.”

Non-Muslims must be 21 years or older in Dubai to consume alcohol. They are supposed to carry alcohol licenses (issued by the Dubai Police) that allow them to purchase, transport and consume beer, wine and spirits. Otherwise they risk fines and arrests, although the plastic cards are rarely requested in bars, nightclubs and lounges.