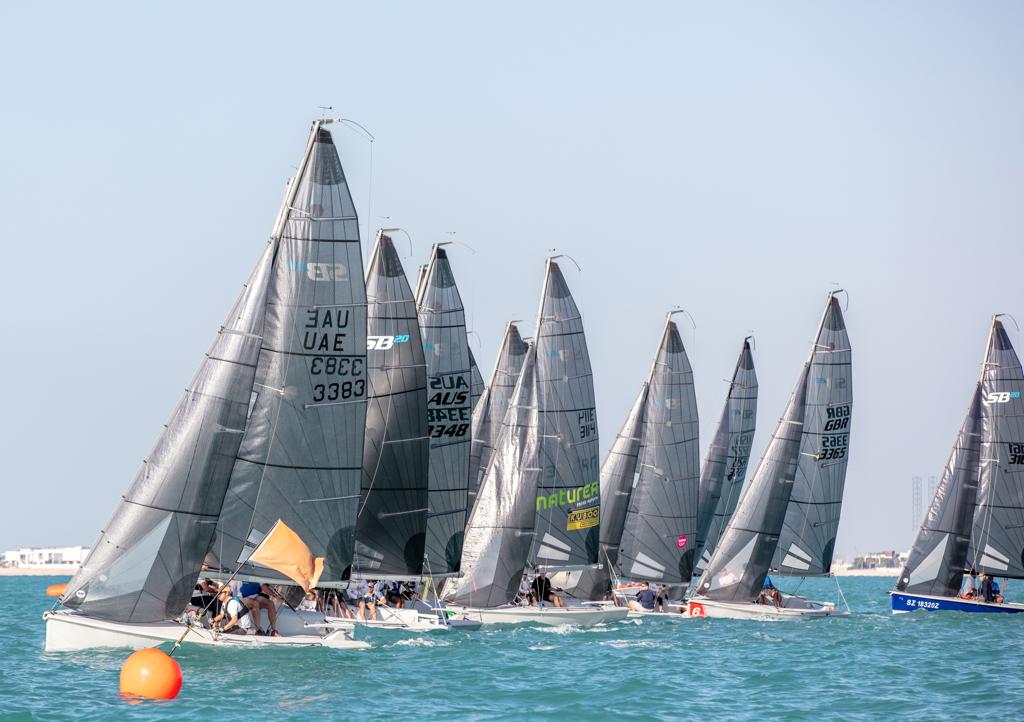 The Dubai Sailing Club is celebrating the acceptance of its bid to host the World Sailing Championships in February 2024, and the event is expected to attract more than 60 entries from among the best sailors from around the world, including the Middle East.

The club confirmed in a statement today, Friday, that the event will witness five days of competitive racing within a distinctive local atmosphere for sailing with the availability of great facilities and social events that will be organized by the Dubai Sailing Club, and this event will be hosted on the 50th anniversary of the founding of the Dubai Sailing Club in 1974.

The statement said: “Dubai Sailing Club has long been home to the local SB20 fleet, with the sailing fleet racing there over the past 15 years, becoming the largest class of single-style sailing boats in the Middle East. Additionally, the club hosts international, regional and local events. Others, including the Dubai Duty Free Sailing Race, the Aramex Dubai Muscat Modern Sailing Race held abroad, and finally the Airbus Racing Week.

He continued, “Dubai Sailing Club and its partners are committed to facilitating logistics so that as many countries as possible can attend the 2024 SB20 World Sailing Championships in Dubai during the month of February.”

For his part, the Commodore of the Dubai Sailing Club Simon Reeves said: “We are pleased and proud to confirm that the Dubai Sailing Club will host the SB20 World Championship in February 2024. This is the first time that this event has been held in the Middle East, which provides a good opportunity to attract teams Existing and new SB20 from this area.Dubai offers reliable winds, low tide flows and calm sea, providing ideal racing conditions.In addition, the races will be held in front of the club, close to Nisnas Beach, giving direct access to the racing area.There will also be a view Great for competition from the beach for spectators too. Set against the backdrop of Dubai’s gold coast, the event is sure to deliver excitement and excitement. We can’t wait to get started!”

In turn, Executive Director of Dubai International Marine Sports Club, Mohammed Abdullah Hareb Al Falahi, said: “We are pleased at Dubai International Marine Club, the government agency responsible for marine sports in the Emirate of Dubai, to provide our full support for this event to host the SB20 World Sailing Championships for the year 2024 in Dubai under the umbrella of Dubai Sports Council and the organization of the Dubai Sailing Club.
He added, “The UAE has a proven track record and a long history of successful events in the world of modern sailing sports. Sea lovers still remember the hosting of the Dubai International Marine Club for the World Modern Sailing Championships in 1998, which qualified for the Olympic Games in Sydney in 2000 and the (Lewis) Prize Vuitton-Dubai) 2010 and the Al Maktoum Award Series.
He continued, “The Executive Director of the Dubai International Marine Club, the upcoming event of the SB20 sailing category, will be the first appearance of the World Championship in the Middle East, to join the series of marine sports events that support the Emirate of Dubai as a leading and global center in marine sports, with the hosting of the 2022 Dubai Award for Modern Sailing in next November. In continuation of the great success in the organizational field in major events such as the International Moth World Championship to the Volvo Ocean Race, which the United Arab Emirates became famous for after winning the race in 2014, and other events such as speedboat races of various categories, water bikes and kitesurf.”
Jerry Dowling, Chairman of the SB20 World Council on behalf of the World Council concluded, “We are very excited about the prospect of competing in the SB20 World Championship 2024 in Dubai. We are delighted that the Dubai Sailing Club has put together a successful bid to host this event. Bringing our world championships to the Middle East shows the chapter’s intent to share the great experience of the best design racing at SB20. Designed by Tony Castro, the SB20 is enjoyed all over the world; The Dubai World Championships gives a unique opportunity to bring together the Northern and Southern Hemispheres to compete in this wonderful setting. See you all in Dubai in February 2024.”