Dubai to host the Badel Tennis World Cup next October 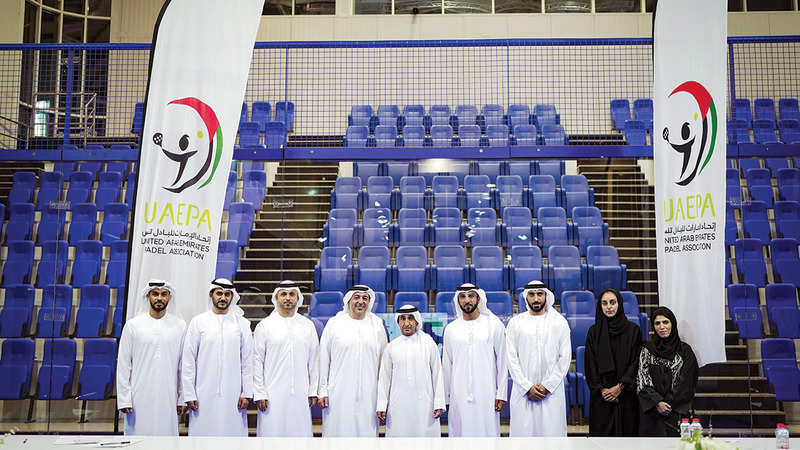 Dubai will host the World Paddle Tennis Championship, organized by the International Federation of the Game, from October 31 to November 5, under the patronage of His Highness Sheikh Hamdan bin Mohammed bin Rashid Al Maktoum, Crown Prince of Dubai and Chairman of the Executive Council of the Emirate of Dubai, at the Dubai Duty Free Tennis Stadium In cooperation between the Dubai Sports Council and the Department of Economy and Tourism in Dubai.

Sheikh Saeed bin Maktoum bin Juma Al Maktoum, President of the Padel Tennis Federation, said: “Holding this tournament in Dubai is an ideal opportunity to expand the spread of sports throughout the country, which is witnessing an increasing popularity among members of society, both women and men.”

He added, “We hope that the tournament will contribute to strengthening the position of the UAE as the global capital of the padel, especially in light of the growing sports scene at the state level.”

He continued: “We are currently working on finalizing plans to temporarily transform the Dubai Duty Free Tennis Stadium into a set of tournament spaces, with the aim of providing an opportunity for the largest number of fans to follow the tournament’s competitions, reflecting the excellence of this edifice that established its prestigious position in The world of tennis for decades, and it guarantees the best hosting for the teams and players who are preparing to head to the UAE next month, to participate in the highly anticipated event.”

The Padel Tennis Federation revealed that it has plans to transform the stadium, which accommodates 5,000 fans, into a distinctive space to host the national team competitions over six days, as the tournament will be held in two separate categories for men and women, with the participation of 16 national teams in each category.

The men’s national team, consisting of eight players, is competing in the tournament for the first time on its soil, to compete with a list of the most prominent leading countries in this sport, including Argentina, Belgium, Brazil, Chile, Ecuador, Egypt, France, Italy, Mexico, Paraguay, Spain and Uruguay, while the participating teams will join the teams of three qualifying countries. From the final rounds of European qualifiers later this month.

In turn, the Executive Director of the Dubai Festivals and Retail Establishment, Ahmed Al Khaja, expected that the Badel World Championships will bring tangible benefits in terms of tourism contribution and economic impact in Dubai, by hosting hundreds of the most prominent padel players, training staff and their families who are preparing to visit the emirate, with the aim of attending the largest event. on the annual sports calendar.