Due to an accident at the heating network in Kursk, 174 houses were left without heating 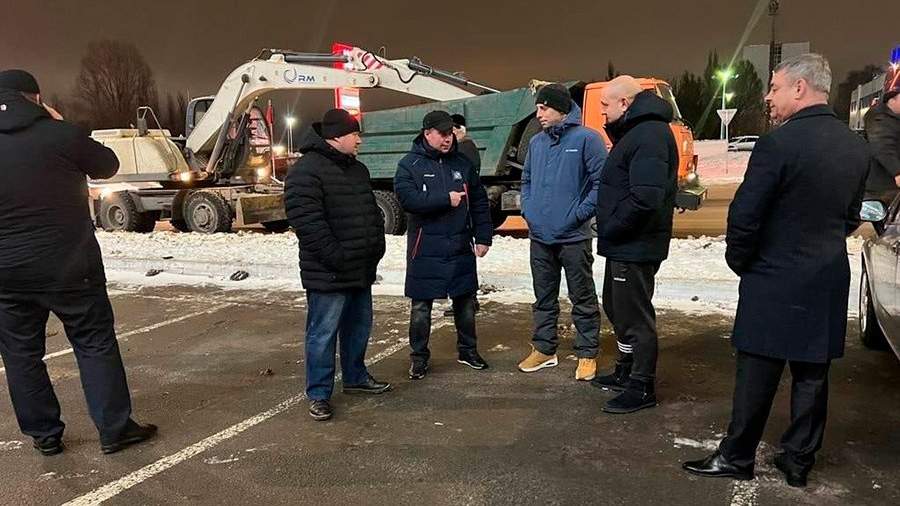 Damage to the heating network with a diameter of 800 mm occurred on Druzhby Avenue, 2 in Kursk. As a result, 174 houses, six kindergartens and four schools fell into the shutdown zone. This was announced by the mayor of Kursk Igor Kutsak in his Telegram channel on Friday evening, January 13.

Kutsak’s message says that because of the accident in the northwest, a headquarters has been set up under the leadership of Deputy Governor of the Kursk Region Alexei Dedov. According to him, Nikolai Tsybin, the first deputy head of the city administration, has already left for the scene. The mayor of Kursk also said that the emergency team began to pump out water, after which the specialists will begin earthworks.

As a result, classes will be canceled at three schools in the area of ​​the accident on Saturday.

“In connection with the accident on Druzhby Avenue, the Civil Defense and Emergency Department is issuing electric heaters to those who live in houses that have fallen into the shutdown zone,” the mayor wrote.

Igor Kutsak assured that families with children, lonely elderly citizens and the disabled will be delivered heating devices by employees of the Office. However, the heaters are issued for temporary use and are subject to return to the Office of Civil Defense and Emergencies after the liquidation of the accident.

Earlier, on January 10, due to a major utility accident in the city of Nakhodka, Primorsky Krai, residents of 78 apartment buildings, about 10 thousand people, were left without heating. There is no heat at social infrastructure facilities either.