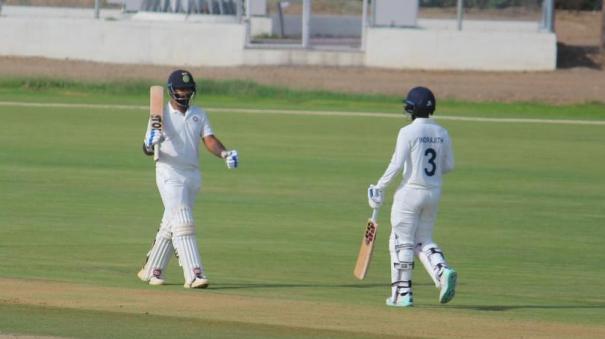 The South Zone team won the toss and batted first in the match which started yesterday in Salem and at the end of the first day’s play, they accumulated 324 runs for the loss of 2 wickets in 90 overs. Opener Rohan Kunnummal scored 143 runs off 225 balls with 2 sixes and 16 fours and was dismissed by Saini. Mayank Agarwal was bowled by Nishant Sindhu for 49 runs.