During an unannounced visit of its foreign minister, Denmark announces the opening of its embassy in Kiev 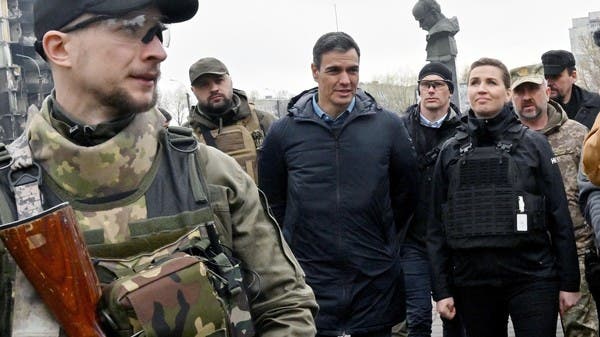 Denmark announced, on Monday, the reopening of its embassy in Kyiv, in a gesture of support for Ukraine in the face of the Russian invasion, during an unannounced visit of Foreign Minister Jeppe Kofod.

“The reopening of the doors of the Danish embassy today is a strong gesture that symbolizes support for Ukraine and its people,” the minister said in a statement issued by his ministry.

The embassy was temporarily closed due to the security situation, and the diplomats left after they set up a temporary representation in Lviv in western Ukraine, according to what Copenhagen announced on February 24.

The visit of the Danish minister was not announced in advance, and it came after the visit of other Western political figures.

The Danish embassy, ​​which is the first for a Nordic country, will reopen its doors, with a limited number of employees, to gradually return to its normal work.

On April 22, Spain reopened its embassy in Kyiv, after it had closed it, following the Russian attack on Ukraine, according to the Spanish government.

And a press statement from the Spanish Ministry of the Interior stated that “at 14:00 local time (13:00 Spanish time), the consular mission headed by the Spanish Ambassador to Ukraine Silvia Cortes reopened the Spanish embassy in Kyiv” with the support of special police forces.

Madrid has evacuated its ambassador and the diplomatic staff of its embassy from the Ukrainian capital to Poland, in the wake of the Russian attack on Ukraine on February 24.