During Hajj, the Red Crescent receives 11,516 calls within 4 days 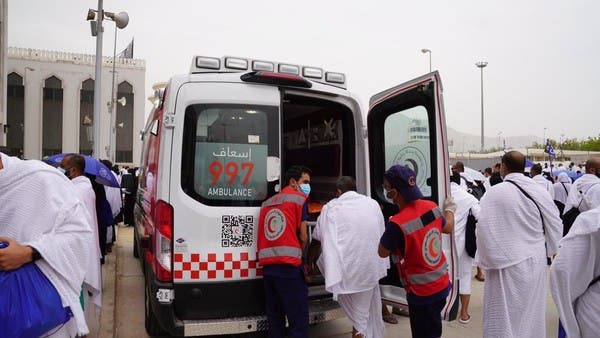 
The Saudi Red Crescent Authority, through its ground and air teams, received more than 11,000 phone calls from the seventh day of Dhu Al-Hijjah until yesterday for this year’s pilgrimage.

According to the authority’s statistic issued today, during which the emergency teams present and stationed in the capital and the holy sites started 1,269 cases of illness and injury, and 602 cases were transferred to hospitals, 649 cases were treated, and medical care was provided on the site. While the number of injuries reached 177.

The largest number of messages

The Holy Capital recorded the largest number of cases receiving reports and cases with 755 cases and 37 cases in the Holy Mosque in Makkah, while the number of cases in Mina was 274 cases and 198 cases in Arafat and Muzdalifah, and those cases were directly handled by ambulances, 46 cases through care teams, and 15 cases were handled by a team Ambulance motorcycles, and two cases were transported by air ambulance in cooperation with the Public Security Aviation and the Medical Evacuation of the Ministry of Defense.

It is noteworthy that the authority dedicated its efforts for this season to 51 ambulance centers, distributed in the holy sites, the capital and the Great Mosque of Mecca, in addition to 549 health practitioners, including ambulance technicians, emergency medicine and a doctor, with the participation of more than 140 ambulances equipped with the latest medical equipment.

Visakha: The bag found in the RTC bus, if you open it and look at Awak .. eyes are distracted, what did he do?

Not a single hero can grow on his own .. Venky emotional on ‘Narappa’