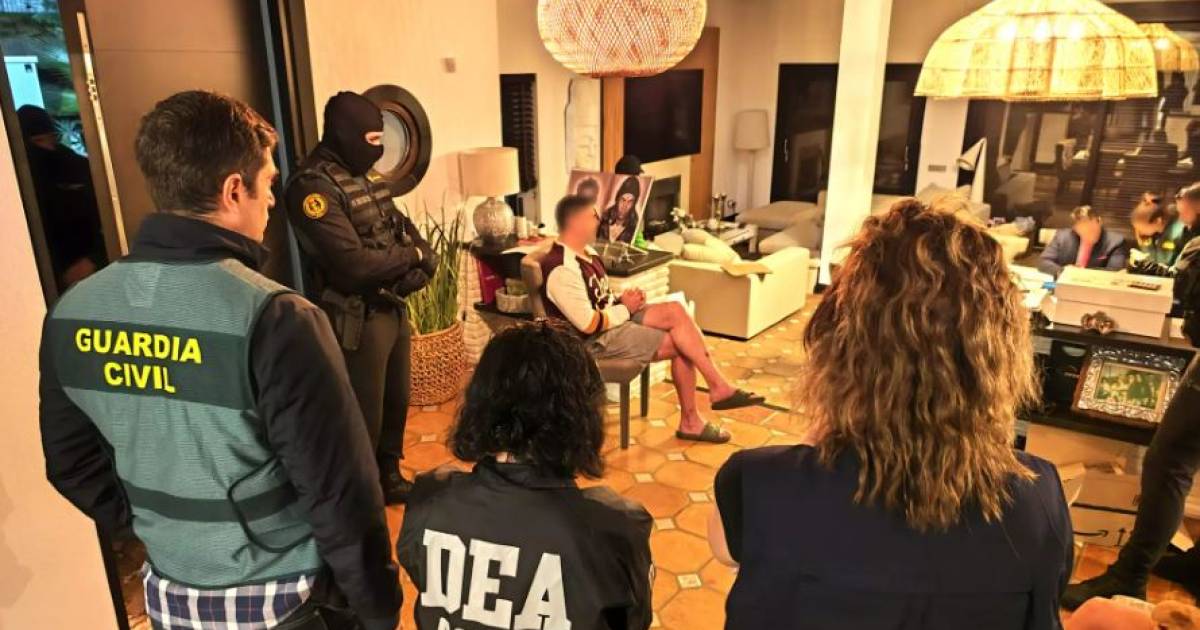 Two alleged Dutch leaders of a ‘super cartel’ in the international coke trade have been released two months after their arrest in a major European investigation in Dubai. The Netherlands allegedly failed to send the extradition papers on time.

With an unprecedented action, investigative services in Europe claimed the downing of a super cartel in Dubai. The Bredase Bosnian Edin G. (40) and Rotterdammer Zouhair B. (37) were arrested in November together with another 47 suspects during the large-scale action ‘Operation Desert Light’. Their super cartel is said to account for a third of the cocaine trade in Europe. But two months later, both Dutchmen have not yet been extradited to the Netherlands. In fact, justice does not know where Edin G. is and Zouhair B. is also free.

After the arrest, the Netherlands had to submit a well-substantiated extradition request within forty days. But according to sources close to the investigation, that deadline was not met. This is striking, because the suspects were portrayed as ‘high-value targets‘, chiefs. Their arrest was part of a well-prepared international operation.


Edin G. is again spotted internationally. We do not know his current whereabouts.

According to the Public Prosecution Service (OM), there is no question of a blunder. The request for legal assistance was indeed submitted to the United Arab Emirates on time and in the correct manner: “We know the stories about the documents being submitted too late. That is not true. We are working to find out what exactly is the cause,” spokesperson Wim de Bruin responds.

The OM says that the extradition procedure has been rejected and Edin G., who is considered the leader of the Tito and Dino gang, was released on December 29. “A day later he was again spotted internationally. We don’t know what his current whereabouts are,” said De Bruin. He may still be in Dubai.

According to lawyer Leon van Kleef, who assists Edin G., he is in any case not without a trace. “My client has been released according to legal regulations and is awaiting extradition proceedings.”

In the case of Zouhair B., the extradition procedure is still ongoing, although he can await it in freedom. His lawyer Guy Weski confirms this: “At the moment, the client has indeed been released after paying a bail. He is awaiting extradition proceedings.”

“The greatest danger is, of course, that these types of men will flee the country,” responds Göran Sluiter, professor of International Criminal Law at the University of Amsterdam. “If they are convinced that they will be extradited at any time, there is a chance that they will try to leave Dubai as soon as possible.”

To prevent suspects from fleeing, they sometimes have to pay a high bail or hand in their passport. That also seems to be the case in these cases. Although the OM and lawyer cannot confirm this. The suspects could then be extradited at a later date.

During Operation Desert Light, a total of 43 suspects were handcuffed in the Netherlands, Belgium, France and Spain. Six ringleaders were arrested in Dubai and are seen as the backbone of a ‘super cartel’ that would account for a third of Europe’s cocaine trade. The drug gang came into the picture by deciphering messages from special Sky phones that were widely used by criminals to communicate covertly.

Among the six leaders were two Dutchmen. The Breda Bosnian Edin G. (40) has been active in the drug world for decades and is the head of the Tito and Dino gang. Research from this site previously showed that the American investigation service DEA considers Edin G. as one of the fifty largest drug traffickers in the world. He is said to have collaborated in Dubai with, among others, Ridouan Taghi and leaders from the Italian and Irish underworld.

The question is whether Zouhair B. also belonged to this alleged super cartel or whether he was some sort of by-catch in the mega operation. His lawyer Guy Weski dismisses the suggestion of a super cartel. B. has been wanted since April 2022. He is seen as the leader of a gang responsible for importing thousands of kilos of cocaine through the ports of Rotterdam and Antwerp.