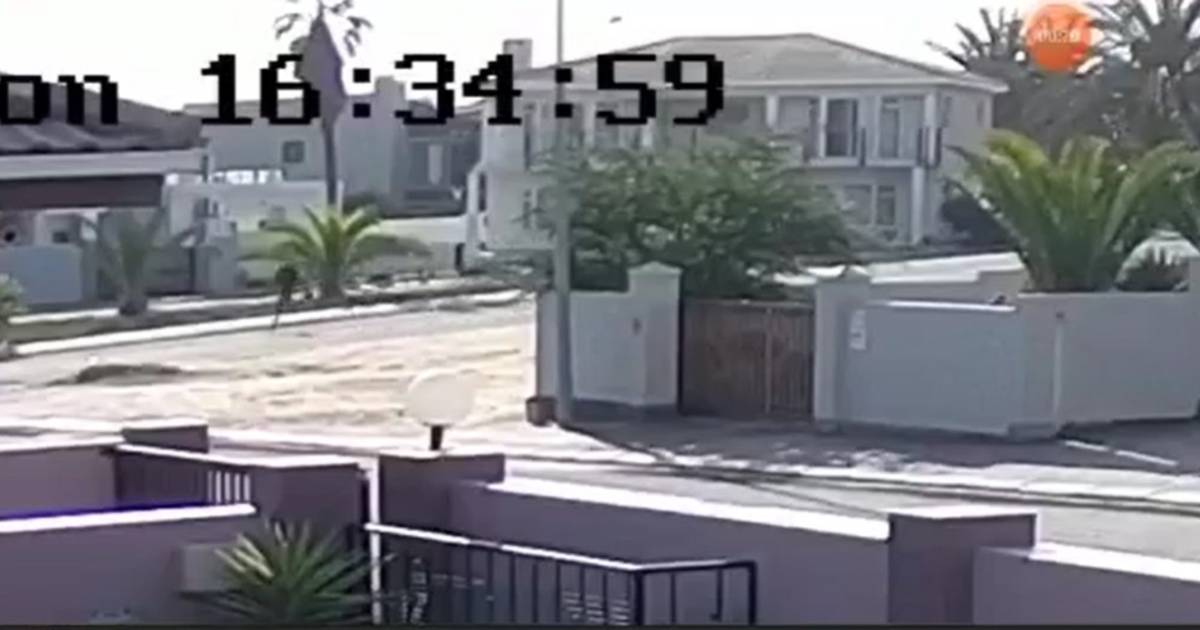 A 53-year-old Dutchman was shot dead on Monday in Namibia, a country neighboring South Africa. He was targeted for his rental home in Swakopmund, a tourist town on the Atlantic Ocean. The police suspect murder, local media report.

A passer-by saw the lifeless body of the man in his fifties lying on the street around 4 p.m. in a large pool of blood. He knocked on the door of the nearby house, where the man’s girlfriend opened the door unsuspectingly. She later told the police that she heard a ‘strange’ noise outside, but that she did not pay any attention to it.

Her boyfriend had called about ten to fifteen minutes earlier and asked if she would open the gate so he could drive into the yard. He then parked his car and connected the garden hose to wash his car, the regional news site Erongo quotes from a police report. During the car wash, another car is said to have stopped from which the shooter got out and shot the 50-year-old before running away. The victim was hit by two bullets, one in his right buttock and the other in the head, according to police.

Some of the drama is said to have been caught on surveillance footage. It shows how someone runs away from the victim’s home. A member of the neighborhood watch confirmed to The Namibian the authenticity of the camera images. “I recognize the area and the date and time of the shot match the proximity and time of shooting. The gunman was picked up by a vehicle not far from where the camera captured him during his flight,” he told Namibia’s largest newspaper. The man did so on condition of anonymity as he is not authorized to make public statements on behalf of the neighborhood watch.

The text continues below the card.

In the car of the victim, reportedly a well-known businessman, a bag containing an ‘undetermined’ amount of cocaine was found, according to the police, as well as 2050 Namibian dollars in cash (about 121 euros) and three mobile phones. In the safe at his home, officers found 120 boxes of 9mm bullets without a firearm and a firearms license in the girlfriend’s name.

The man in his fifties, who was shot dead, is said to be a criminal known in the Brabant underworld who was convicted in 2001 for a murder in Eindhoven. In recent years in the Netherlands, he is said to have lived mainly in North Limburg. There he was in the picture for the disappearance of drug lord Henk Vierwind from Nederweert, in 2013. The exiled Dutchman was further suspected in 2018 of large-scale cannabis cultivation in North Holland. At the time, he was assisted by lawyer Adam Doesburg. He received the news from Africa: “It seems to be correct at first glance, but I have not yet received any official confirmation,” he told Eindhovens Dagblad on Tuesday evening.

Swakopmund takes its name from the mouth of the Swakop River, corrupted by German settlers from Tsoakhaub into the language of the native Nama and Damara. Sandwiched between the Atlantic Ocean and the Namib Desert, the town was built in 1892 as the main port of what was then German Southwest Africa. The town still exudes a German atmosphere with half-timbered houses, farmhouses and street names that refer to the colonial era (1884-1915). Known to tourists as ‘the adrenaline capital’ of Namibia, Swakopmund offers a different adventure every day, including sandboarding, quad biking, skydiving, deep sea fishing and whale and dolphin watching in nearby Walvis Bay.