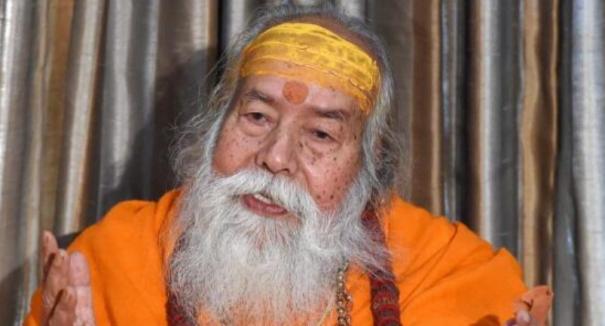 Jagadguru Swaroopananda Saraswati, who was the principal of the Dwarka Peetha founded by Advaita Acharya Adi Sankara, passed away today. He was 99. He passed away today at 3.30 pm at Jyotheeswar Ashram in Narsinghpur, Madhya Pradesh.

Born in 1924 in Digori village of Seoni district in Madhya Pradesh, he was a disciple of Brahmananda Saraswati who was the Shankaracharya of Jyotir Mutt in Badrinath.

Swami Swaroopananda Saraswati, who headed both the Dwarka Peetham in Gujarat and the Jyotir Mutt in Uttarakhand, was also the president of the Akila Bharatiya Rama Rajya Parishad.

Swami Swaroopananda Saraswati, who fought for the freedom of the country, took part in the Quit White movement in 1942 and went to jail.

In his obituary, Amit Shah said that his contribution to spread Sanatana Dharma will always be remembered.