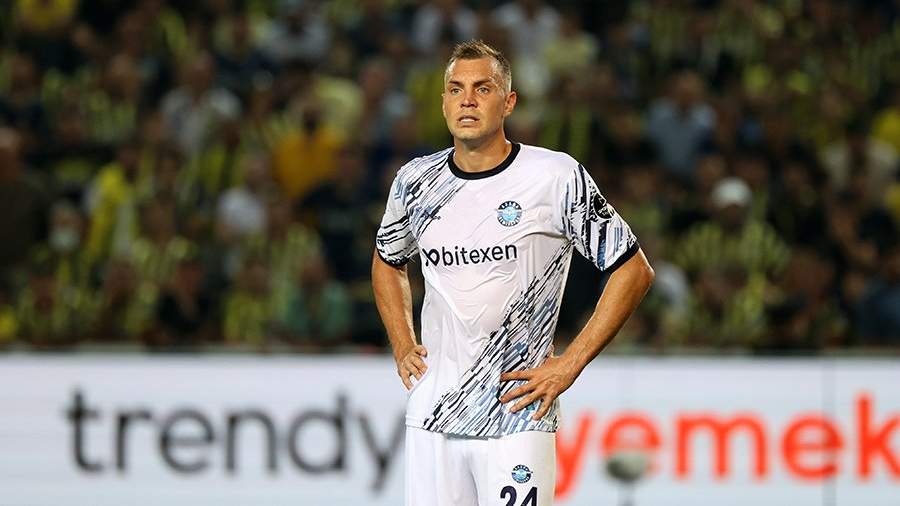 Russian football player Artem Dziuba, who holds the position of forward in the Turkish club Adana Demirspor, was recognized as the worst player in the match against Umraniyespor in the fourth round of the national championship. The meeting took place on August 27 and ended 1-0 in favor of Demirspor.

According to the portal Whoscored, the 34-year-old football player entered the field in the starting lineup, touched the ball 28 times, gave 21 passes, of which only 13 were accurate. With all this, he never shot on goal, received a yellow card and was replaced by Mario Balotelli during the break, Sport-Express reports.

Now Adana Demirspor is in the second position of the standings with nine points.

On August 22, Dzyuba scored a debut goal in his first match for his new team in the second half in the 66th minute of the meeting with Fenerbahce.

After the completion of the Russian championship of the 2021/22 season, Dziuba announced his departure from the St. Petersburg Zenit, for which he had been playing since 2015. As part of the club, Dzyuba won two cups and four Russian Super Cups, won the national championship and became the top scorer in the history of the Russian Premier League.

He signed a 1+1 contract with the Turkish club on 18 August. The match against Fenerbahce took place on the athlete’s 34th birthday.