E-cycles will start appearing on the road in 15 days, 1125 tonnes of carbon radiation will be reduced annually 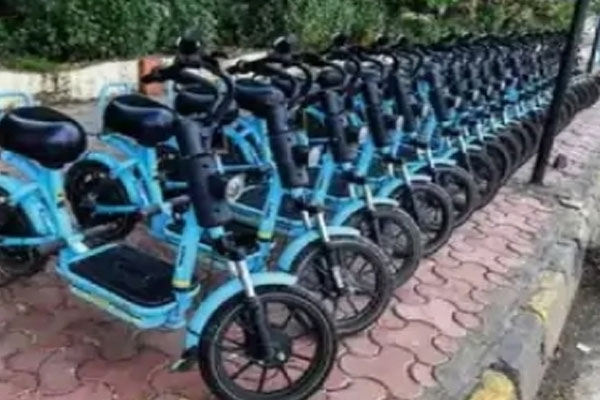 Noida | In Noida, 1125 tonnes of carbon radiation can be reduced annually by e-cycle. After the next 15 days, these e-cycles will start appearing on the streets of Noida. For this, the authority has selected Turban Mobility LLP company. MoU has been signed with it. In the first phase, the company is going to launch 310 E cycles on the road. All these cycles will be app based.

E-dock stations have also been set up at 62 places in the city for e-cycles. 10 e-cycles will run from each station. That is, 620 e-bicycles will be operated at 62 dock stations. Citizens can pick up these cycles through the app from a dock stand and deposit them at any docking station. E-cycle will reduce traffic pressure and provide relief from pollution. This scheme will run on PPP model.

Authority DGM SP Singh said that according to the UN study, an e-cycle will be used at least three times a day. 500 cycles will make 1500 rounds per day. In this situation, 1125 tonnes of carbon radiation can be saved annually. If the same number of petrol and diesel vehicles ply on the road, they will emit many times more carbon than this. In such a situation, there will be damage to the environment as well as there will be an increase in traffic consumption.(IANS)

Web Title-E-cycles will start appearing on the road in 15 days, 1125 tonnes of carbon radiation will be reduced annually