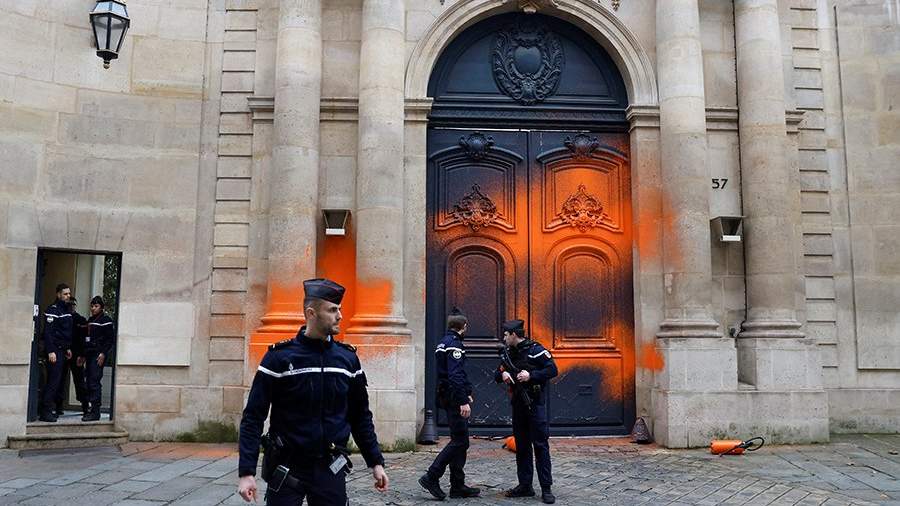 Activists poured paint over the facade of the Matignon Palace in Paris, where the official residence of the French Prime Minister is currently located. This was reported by Brut FR journalist Remy Busin on Wednesday, January 4.

“Action in front of Matignon: ecologists from Dernière Renovation poured orange paint on the facade of the building. The organizers want to warn about the consequences of global warming and draw the attention of Elisabeth Born (Prime Minister of France. – Ed.),” he wrote on his Twitter.

It is specified that two protesters were arrested.

Earlier, on January 2, it was reported that a group of Italian environmentalists stained the building of the Senate of the Republic in Rome with orange paint. The action was sharply condemned by Italian Minister of Environment and Energy Security Gilberto Pichetto-Fratin. He stated that such manifestations of vandalism should not go unpunished.

On December 23, seven followers of the Futuro Vegetal movement glued themselves to the M-30 ring road in Madrid. They demanded to stop funding the Spanish agri-food market, which is adapting to a new climate paradigm, while continuing to pollute the environment.

Before that, on December 21, German activists cut off the top of the Christmas tree at the Brandenburg Gate in Berlin. Two women drove up to the tree on a lift and cut off part of the spruce with a hand saw. With this gesture, they tried to draw public attention to climate problems in the country.