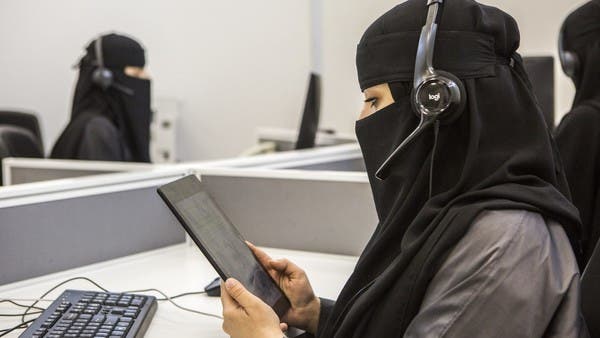 Prince Muhammad bin Salman, Crown Prince and Deputy Prime Minister, announced, on Wednesday, the launch of the Human Capacity Development Program, which is one of the programs included in the Saudi Vision 2030.

In this regard, writer and economic analyst Abdul Rahman Al-Jubeiry told Al Arabiya.net: “The interest in investing in Saudi human capital is one of the most important priorities that enjoy the support and follow-up of Prince Muhammad bin Salman bin Abdulaziz, Crown Prince, Deputy Prime Minister and Chairman of the Program Committee. Human capacity development, as the launch of the Human Capacity Development Program is one of the programs to achieve the vision of the Kingdom of Saudi Arabia 2030. The program represents a national strategy aimed at enhancing the competitiveness of national human capabilities locally and globally, by seizing the promising opportunities resulting from the rapid and renewed needs.

Rehabilitation of young men and women

Al-Jubeiri continued: “The jobs and skills of the future constitute an important turning point in the labor market in light of global changes and its diversity. Therefore, we find that this program serves as a road map towards qualifying young men and women with the knowledge and skills needed by the labor market, as a national strategy that leads us to the development and development of national human resources locally and globally. At the same time, it will create a wide range of knowledge, scientific and skill diversity, competing in the labor markets locally and globally, all of which will contribute to building a strong and solid productive economy, whether it is building the scientific and knowledge bases for schools and universities, or linking the needs of the future labor market with qualified outputs. The program strategy includes three main pillars: developing a solid and flexible educational foundation for all, preparing for the future labor market locally and globally, and providing lifelong learning opportunities.”

Al-Jubeiry added: “The development of the human capacity development system and the localization of skilled jobs through the rehabilitation and training of citizens, in addition to greater activation of partnership with the private and non-profit sectors, will promote comprehensiveness in the effective performance of one of the most important elements of production, which is work, and you will see many added values ​​to the head Saudi human money, and develops production processes, high employment rates, high international rankings of universities and the achievement of quality requirements for education and training. In conjunction with the technological development witnessed by the world, which has become the culture of information and technology one of the most important pillars of the skill of the twentieth century, where jobs depend on the skills of creativity and thinking and linking production processes with artificial intelligence, human skill, information technology and the Internet, in order to achieve the requirements of the Fourth Industrial Revolution.

Al-Jubeiry continued: “Today, the labor market around the world is witnessing many changes in terms of demand for jobs, skills and knowledge required, and it is also full of new opportunities from modern creative jobs, so the Human Capacity Development Program reflects the Saudi government’s keenness to support and enable citizens to acquire scientific and cognitive skills. To be a building block of comprehensive development in accordance with their aspirations in the present and the future.

Previous articleIn his first appearance in the Champions League .. Sharif stuns Shakhtar
Next articleIntroduction on Facebook .. Physically together, now pregnant .. Finally, a shock to him!