Ecuador “embarrassed” the Netherlands at the 2022 Qatar World Cup 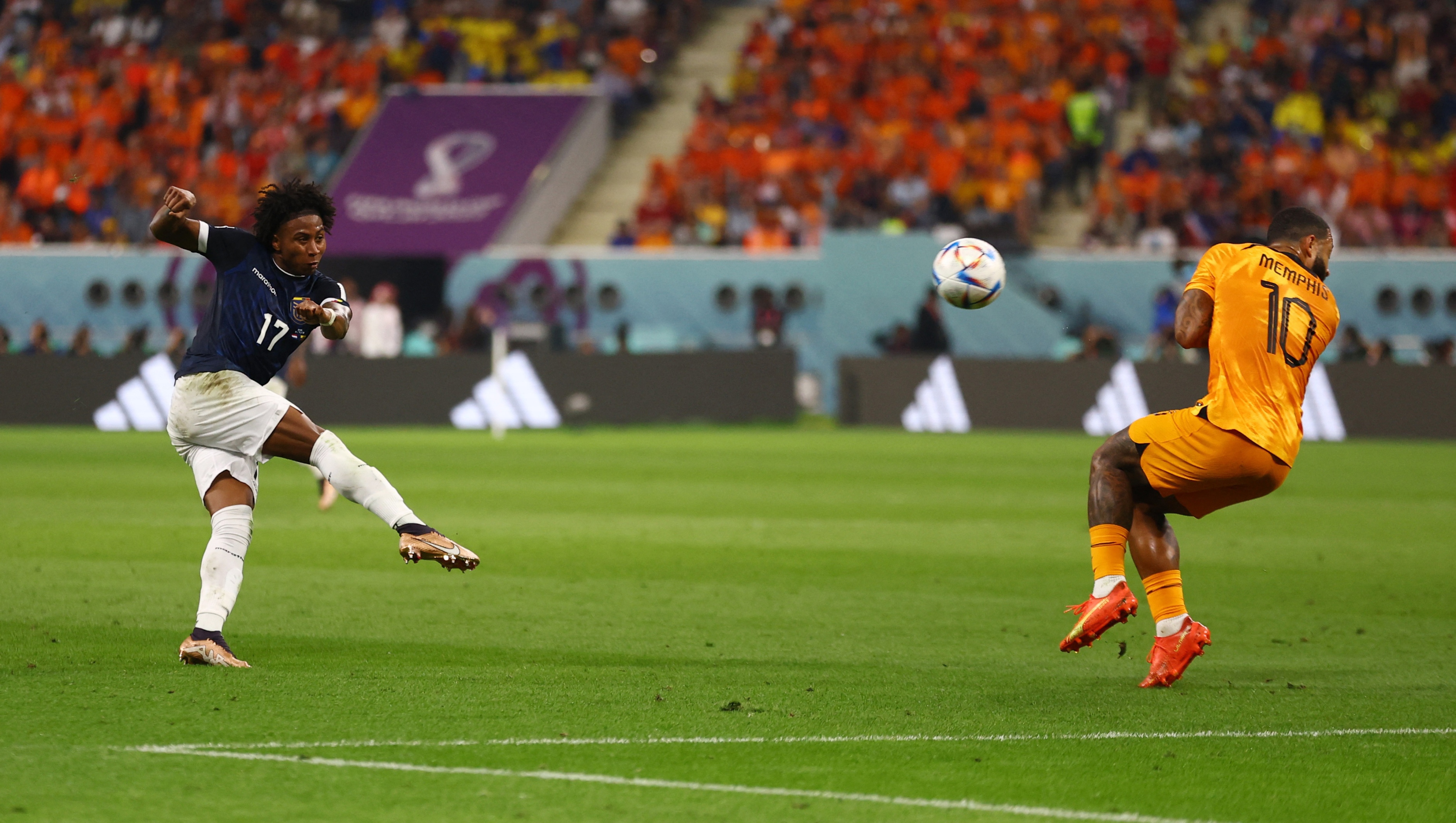 The Dutch national team suffered a lot against the Ecuadorian national team in the second round of the group stage in the first group competitions in the Qatar World Cup 2022, so that the match ended in a positive draw with a goal for each team, as the Dutch team advanced in the first half and Ecuador tied in the second half and was close to adding more than one goal. Each team gets a point in the match and reaches 4 points.

With this result, the decision in the first group of the tournament is postponed after the Netherlands equaled Ecuador at 4 points, and Senegal came in third place with 3 points, while Qatar officially left the competitions with two losses and zero points in the last place in the group.

The Qatari national team officially lost hope of qualifying for the final price of the 2022 World Cup in football, with the Netherlands and Ecuador tied 1-1 after receiving its second successive loss, against Senegal 1-3 after the first opening against Ecuador 0-2, so the Dutch and Ecuadorian teams raised their score to 4 points. Against 3 points for Senegal and zero for Qatar, which became the first host team to lose hope after two matches from the group stage.

The third round brings together the Netherlands with Qatar and Senegal with Ecuador in the third and last round of the group stage.