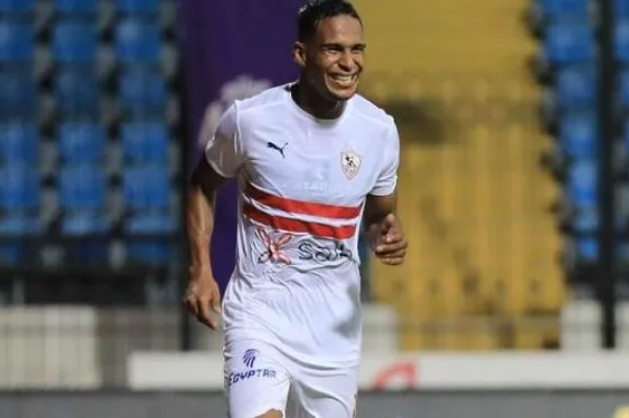 Reactions are still continuing in the Egyptian sports street due to the inconsistency in the data and decisions issued regarding the legality of registering Zamalek player Seif El-Din Al-Jaziri in the ranks of his current team.

The crisis is due to the suspension of Zamalek from registration and its annexation of Seif El-Din Al-Jaziri from the Arab Contractors on loan in January 2021, and after the end of the same season, he activated the purchase clause stipulated in the contract. The International Football Association for the existence of late dues to some of its former players.

Egyptian media talked about the crisis, which was raised due to the efforts of the Ben Guerdane Union and the African Tunisian to obtain his material rights to sponsor the player, which amounts to 5% of the value of the amount paid by Zamalek to the Arab Contractors in exchange for the player’s inclusion.

According to what was raised, the Football Association was surprised by a letter sent to it from FIFA, requesting a copy of Al-Jaziri’s joining contract with Zamalek, due to the presence of financial dues to the Tunisian clubs sponsoring the player, after the lawyer of the Tunisian African, Salim Ballonsam, filed a complaint against the White Castle to evade its officials, claiming that the Tunisian striker joined them in a transfer deal. free.

The Football Association clarified, through an official statement, that the contract of loaning Al-Jaziri from the contractors to Zamalek did not contain a clause stating the intention to buy, as was reported, and that the player moved to the White Castle after the end of the loan in a free transfer deal, and the Football Association added in the same statement, that the Arab Contractors dispensed with Al-Jaziri. Before he moved to the White Castle and removed his name from the list, and thus Zamalek included him as a free player, then the Football Association retracted its previous statement, and revealed the document proving Al-Jaziri’s joining the ranks of Zamalek by activating the purchase clause in exchange for Enppi receiving 12 million pounds.

It seems that Al-Ahly of Egypt is considering submitting a request to the state’s supervisory authorities to investigate the crisis of Seif El-Din Al-Jaziri, to enroll him in the club’s ranks in violation of regulations and laws.

Al-Ahly explained that it is based on the request, which is supposed to be revealed during the next few hours, on the consequences of this violation and the player’s participation in many matches and tournaments, which gives invalidity to the results of all the meetings in which Al-Jaziri participated with Zamalek, as he spoke. Ramy Rabie, the former contract manager at the Arab Contractors Club, commented on the crisis of Saif Al-Jaziri’s registration and his transfer to the ranks of Zamalek during the last season.

Rabie said in televised statements: “If the deal is a free transfer, then Zamalek, the contractors and the Football Association are in trouble because Zamalek has a restriction ban, with an official letter from FIFA, so how was the player registered in Al-Abyad if the deal was a free transfer? , 8 million pounds in exchange for a loan year, and to pay 12 million pounds in the event of activating the purchase clause, Zamalek after the end of the season confirmed that he wanted to activate the purchase clause and pay the 12 million pounds, then the Zamalek administrator was delayed due to the inquiry from the International Federation about the correctness of the player’s position before his official inclusion “.