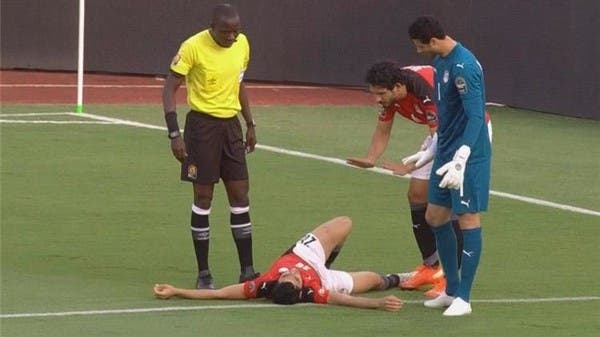 The Egyptian Football Association announced on Wednesday that right-back Akram Tawfik injured his cruciate ligament in his knee during the 1-0 loss to Nigeria in the African Nations Cup on Tuesday, leaving him out of play for a long time.

The 24-year-old Al-Ahly player, who is also good at playing in the midfield, was injured during a challenge in the first minutes of the match in Cameroon, and the diagnosis of the injury was delayed until today until he underwent an x-ray.

Tawfiq’s absence is a major blow to Egypt and the Al-Ahly team, which is preparing to participate in the Club World Cup next month in the Emirates.

The Egyptian Federation also added in a statement that the main left back, Ahmed Fattouh, had a hamstring injury after being replaced between the two halves.

Zamalek defender Fattouh will miss at least the next match against Guinea-Bissau on Saturday while he will be preparing for the next group game against Sudan.