Eidiya for the fans of the League Cup final 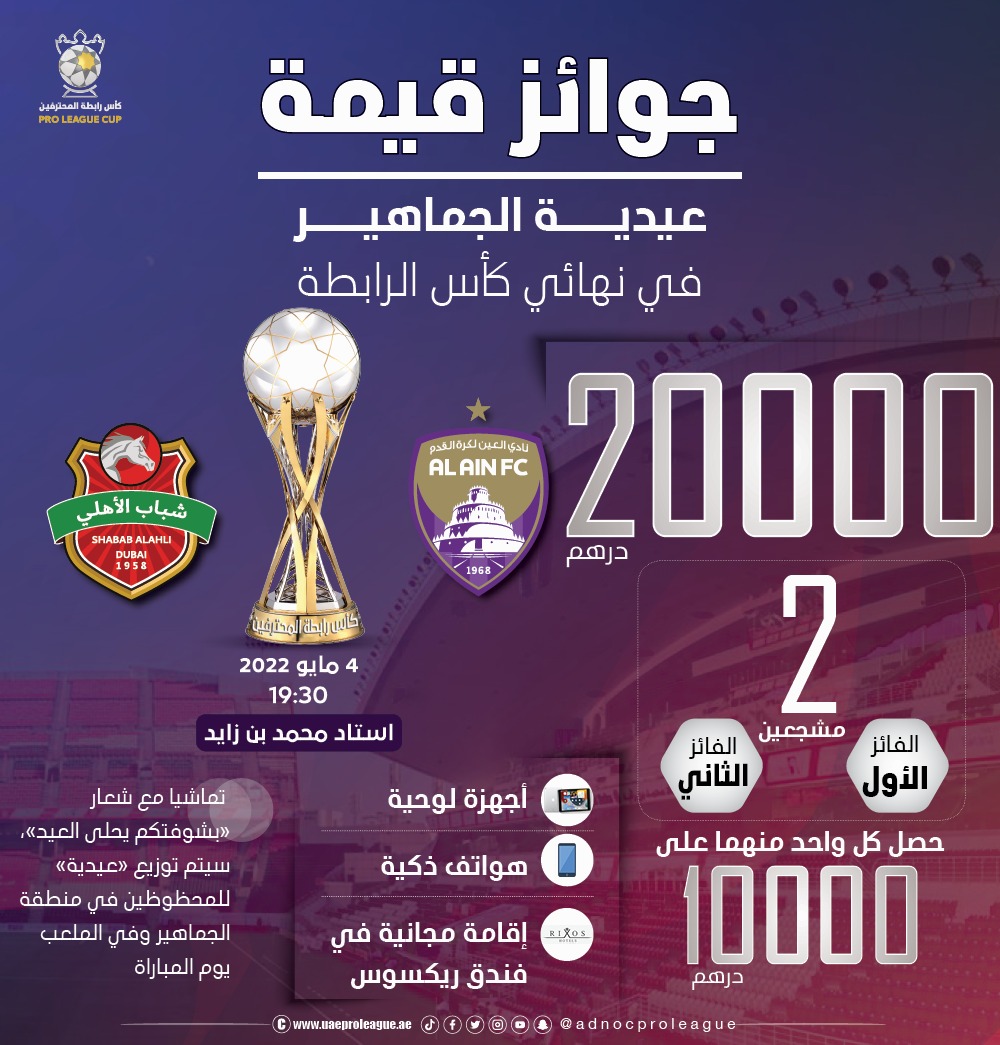 The fans present in the League Cup final, which brings together the Al-Ain and Al-Ahly teams, will be at 7:30 pm on Wednesday, May 4th, at the Mohammed bin Zayed Stadium in Abu Dhabi, under the slogan “I see you sweeten the feast”, on a date with valuable prizes, both in the stadium The match, or in the fan zone, where the events accompanying the event will be held, from April 28 to May 4.

The UAE Professional League has allocated major prizes, through a draw on scanned electronic tickets, estimated at twenty thousand dirhams, which will go to two fans, each of whom will receive ten thousand dirhams, in addition to in-kind prizes consisting of tablets, smart phones, and accommodation in the Rixos Hotel .

In line with the slogan, “I see you have a sweet Eid”, “Eidiya” will be distributed to the lucky fans, in the fans’ area, and in the stadium on match day.