Eintracht qualifies to face Rangers in the Europa League final 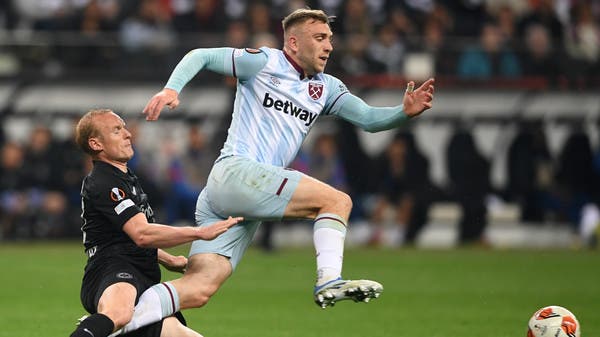 Eintracht Frankfurt beat 10 West Ham United players 1-0 in the second leg of the Europa League semi-final on Thursday to reach their first European final in 42 years after winning 3-1 on aggregate.

In front of 48,000 spectators, Raphael Buri scored the winning goal for the hosts in the 26th minute to beat the English team for the second time after winning 2-1 in the first leg last week.

West Ham, who played most of the match with 10 men after left back Aaron Cresswell was sent off in the 17th minute for fouling Jens Peter Hogg, appeared without fangs during the match.

The referee also sent off coach David Moyes in the 79th minute for kicking the ball angrily at the disappointing end of West Ham’s European career.

The German team, who last reached a European final in 1980, will meet Rangers on May 18 after the Scottish team’s victory over RB Leipzig.