Election Commission recommendation to Governor to disqualify Jharkhand Chief Minister: What is the background? 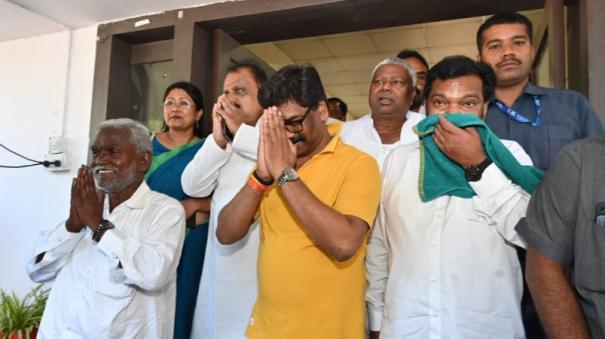 Ranchi: MLA of Jharkhand Chief Minister Hemant Soren. There are reports that the Chief Election Commission has recommended to the state governor that he should be deprived of the post.

Last year 2021 mining allocation was given to Chief Minister Hemant Soran on behalf of Junil Jharkhand Mining Department. The BJP accused him of abusing his position and obtaining illegal mining licences.

In February, senior BJP leader Raghuvar Das filed a complaint with the Chief Election Commission alleging that Chief Minister Hemant Soran had acted against the Representation of the People Act, 1951. Arguments were presented in the Election Commission on behalf of Hemant and the BJP.

The Chief Election Commission sent its decision yesterday in a sealed envelope to Jharkhand Governor Ramesh Pais after the arguments on both sides were over.

Chief Minister Hemant Soran’s MLA. Sources in the Governor’s House have informed that the governor is consulting legal experts in this regard.

The Jharkhand Mukti Morcha and Congress coalition government is taking place in the state of Jharkhand. Chief Minister Hemant Soran’s MLA. If he is deprived of his post, he will resign and take over as Chief Minister again. He will contest in some constituency in the next 6 months.

It seems that Hemant Soren’s wife Kalpana, one of the party’s senior leaders Joba Manji and Sambhai Soren may take office as the chief minister if he is banned from contesting the elections.