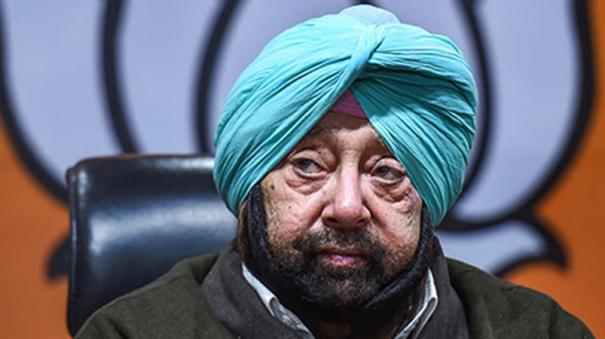 New Delhi: It has been reported that former Punjab Chief Minister Amarinder Singh is likely to be fielded by the BJP for the post of Vice President.

As President Ram Nath Kovind’s term ends on July 24, elections have been announced.

It is said that there is little chance of Venkaya contesting again for the post of Vice President on behalf of the BJP. Union Minister Mukhtar Abbas Naqvi, who belongs to the BJP, and some names are under consideration.

In this situation, former Punjab Chief Minister Amarinder Singh may be nominated as a candidate. It is said that senior BJP leaders are actively consulting in this regard.

He is running a new party called Punjab Lok Congress after breaking away from Congress. Amarinder Singh formed an alliance with the BJP and lost the Punjab Assembly elections. On the other hand, it is said that Amarinder Singh, whose health is a little affected, has a problem in working fast.

Lok Sabha and Rajya Sabha MPs are going to vote in the Vice President election. The victory of the candidate who fielded by BJP is certain because of the sufficient strength.