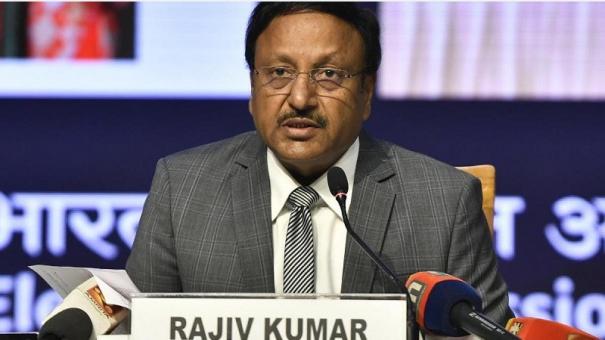 New Delhi: The dates for assembly elections in the northeastern states of Nagaland, Meghalaya, Tripura and by-elections for the Erode East Assembly constituency in Tamil Nadu have been announced. Chief Election Commissioner Rajiv Kumar announced in the capital Delhi.

Accordingly, elections will be held in the states of Meghalaya and Nagaland on February 27 and in Tripura on February 16. The votes cast in the election will be counted on March 2. It has been announced that the counting of votes for Erode East constituency will be held on March 2.

Will there be a turnaround in Tripura? – Tripura, known for years as a stronghold of the Left, is now ruled by the BJP. Party defection will happen but nowhere like what happened in Tripura. BJP rule in Tripura in 2018 elections after Congress tent became BJP. Due to the mistake made by the Congress, the Left was defeated in Tripura and the BJP came to power. Will the Left bounce back? Whether the Congress will come to power is still an unpredictable situation there.

It is in this environment that the date of assembly elections in the northeastern states of Nagaland, Tripura and Meghalaya has been announced today. It is noteworthy that recently, Amit Shah and Prime Minister Modi have been visiting the North-Eastern states including Nagaland to launch various welfare schemes.

Rules of conduct with immediate effect in Erode: By-election in Erode East: Evera Thirumakan, the MLA of Erode East, died of a heart attack. After this, by-elections have been announced for the constituency. Following this, the Election Code of Conduct came into effect immediately in Erode East Constituency. Tamil Nadu Electoral Officer Satyapratha Saku has announced that the District Collector Krishnan Nani will be the Election Officer. It is noteworthy that this is the first assembly by-election to be held after the DMK came to power.