Elections in 7 phases in 5 states from Feb. 10: Counting of votes on March 10 | Full details 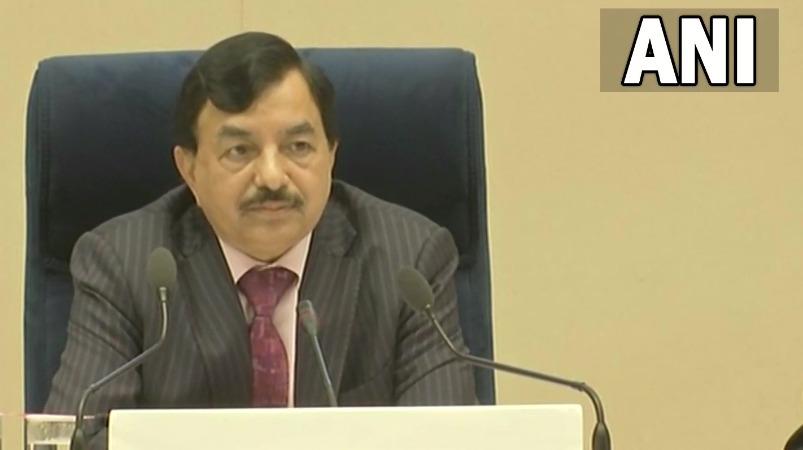 New DelhiPunjab, Uttar Pradesh, Manipur, Uttarakhand and Goa will go to the polls in seven phases. In UP Election in 7 phases That will be conducted Election Commission Announced today.

In 5 states, BJP is ruling in 4 states and Congress is ruling in Punjab only. Punjab, UP in 5 state elections Many political observers are watching the election.

As the corona 3rd wave spreads across the country 5 state elections Is to be conducted. Leadership with federal health officials and state election commissioners in connection with the conduct of elections Election Commission The consultation is over.

Various instructions and guidelines, including video conferencing of election campaigns and meetings without direct conduct. Election Commission Provided by.

3. Corona victims, senior citizens over the age of 80, and the disabled can register to vote by post.

4. EVM and VVPAT machines should be used at all polling stations. Adequate machinery is available and necessary arrangements are made to conduct the election without any problems Election Commission Has done.

7. Voters can use the CVIGIL processor of the Election Commission to report any election irregularities. Voter payments and free supplies can also be reported. Election Commission officials will go to the spot and conduct an inquiry within 100 minutes of the complaint being lodged.

8. All employees involved in the election process will be considered as frontline staff. All staff should be vaccinated and those in need should be given a booster dose.

9. In these 5 states where elections are taking place, 15 crore people have been vaccinated with the first dose.

10. Voting time has been extended by one hour in all the 5 states where elections will be held. All candidates, voters, should keep in mind that the health of the people, the corona period.

11. All candidates must campaign through video. Detailed guidelines will be issued accordingly.

12. Political parties should not hold road marches, foot marches and bicycle processions till January 15. The next announcement will be made after examining the situation.

13. When the vote count takes place, the victory should not be celebrated.

15. Political parties should provide sanitizers and masks during political meetings.

16. Only 5 persons should accompany the candidate when voters go house to house and collect votes.

17. Candidates should not make hate speech that is religious, racist or provocative during the election campaign. Those who do so will be severely punished. ”