Elections in the United Kingdom .. and an “earthquake” is expected in Northern Ireland 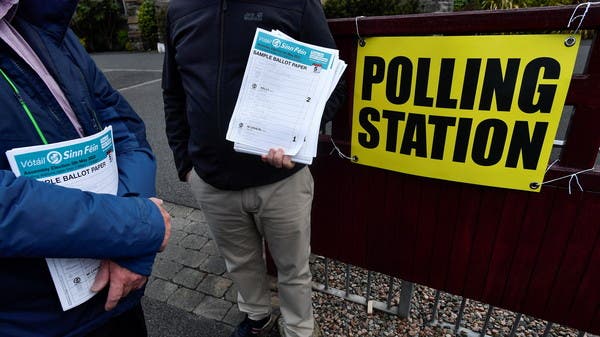 Britons began voting on Thursday in a local election that will reveal the damage the Party Gate scandal has done to Boris Johnson’s Conservative Party, and looks crucial to Northern Ireland, where Sinn Fein Republicans hope for a historic victory.

And competition is taking place for thousands of seats in local councils in England, Scotland and Wales, which will allow voters to express their opinions for the first time, months after revealing the parties that were held at the headquarters of the government during periods of isolation measures to limit the spread of Corona.

In the event of poor results, some lawmakers still on the lookout could be persuaded to withdraw their support for Boris Johnson, who is determined to remain in power despite the fine imposed on him, in a precedent for an incumbent prime minister.

Away from Parliament’s divisions, a political earthquake looms in Northern Ireland, where Sinn Fein is leading in opinion polls for the first time in 100 years in the history of the British province of 1.9 million people that has been in a state of tension since Brexit. European.

Polling stations opened at 06:00 GMT with voting to continue until 21:00, with the first results announced in England during the night of Thursday-Friday and then in the following days for the rest of the counties.

And in Northern Ireland, the vote could redefine the United Kingdom. The latest opinion poll indicates an eight-point lead for Sinn Fein, who supports the reunification of Northern Ireland with the Republic of Ireland, over the unionists in the “Democratic Unionist Party”, which currently has the largest number of seats in the outgoing parliament, and a tie with the centrist party “Alliance”. “.

Unionist banner in front of a polling station in Belfast

A victory for Sinn Fein, the political front of the former Irish Republican Army, would push its vice president, Michelle O’Neill, to the position of head of the local government, which is supposed to include the Nationalists (who advocate union with the Republic of Ireland) and Unionists (who advocate that Northern Ireland remain in the United Kingdom) under the terms of the law. Peace agreement signed in 1998.

But this victory may also lead to paralysis. During the final debate on the BBC on Tuesday, DUP leader Jeffrey Donaldson warned his party would refuse to set up a new executive unless the UK government suspended the boycott’s special status since Brexit, which loyalists see as damaging relations with the rest of the kingdom. United.

For her part, Michelle O’Neill accused her opponent, Jeffrey Donaldson, of depriving Northern Ireland voters of the choice of their own destiny. She emphasized that her party, which campaigned during which it stressed the purchasing power crisis, had no “obsession” with voting for reunification.

Across the rest of the UK, these normally under-voted local elections will reveal voters’ attitudes toward the Conservatives in power after their handling of the pandemic has been criticized as insufficient to help inflation-choked households.

The popularity of Boris Johnson, 57, who took over as prime minister about three years ago, collapsed after the “Party Gate” scandal, for which he was fined and calls for his resignation. He has so far weathered the storm by highlighting his outsized role in Western support for Ukraine, but if Thursday’s vote turns out to be disastrous, that could change.

In front of a polling station in London

Labor, the main opposition party, hopes to capitalize on Johnson’s weaknesses, although its leader, Keir Starmer, 59, is accused of violating health rules during a trip in April 2021.

Labor hopes to win seats in London, including in traditionally Conservative strongholds such as Westminster, Wandsworth, Kensington and Chelsea.

Labor also wants to restore its former strongholds that became conservative in the last elections in 2019 in northern and central England.