Electricity was supplied to the Kharkiv region from Belgorod 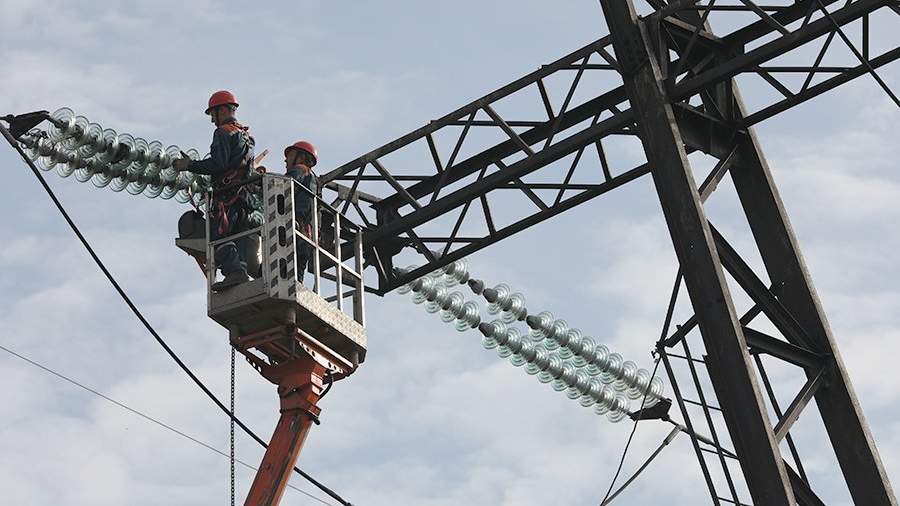 Electricity began to flow to the Kharkiv region from the Belgorod region, high-voltage lines were connected on May 8 at 15:00 in Kupyansky, Dvurechansky and Velikoburluksky districts. This is stated on May 10 in a release received by Izvestia.

Since April, power supply to Kupyansk, Kharkiv region, and its surrounding regions has been cut off by Ukraine. More than 120,000 residents in seven administrative districts remained without power supply, and the power supply of residential areas of Kupyansk was carried out according to the schedule in turn, with a break every four hours.

The Russian government has decided to restore power supply to consumers in part of the Kharkiv region from the Russian energy system.

“There were communication lines between the energy systems of the Belgorod and Kharkov regions – overhead power lines, which mutually provided backup power supply to consumers. In 2002, in the context of the deterioration of relations between Russia and Ukraine, these lines were dismantled, ”the release states.

PJSC Rosseti and Belgorod power engineers built a 110 kV transmission line between April 29 and May 8, connecting the two power systems. An overhead line with a total length of 5.2 km was created in a double-circuit design.

“57 people and 30 pieces of equipment were involved in the work. As a result, the Russian Federation supplied voltage to 16 high-voltage transformer substations of 110 kV under a permanent scheme,” the report says.

Currently, electricity is supplied to residents of Kupyansk and more than 200 settlements of the Kharkov region.

“I am overwhelmed with emotions. We have now received some support in the form of new high-voltage lines that carry electricity.
with a capacity of 45 megawatts from the Russian Federation,” said Gennady Matsegora, Mayor of Kupyansk.

According to him, the residents of the city will constantly receive electricity, the water utility has resumed work, the hospital, the bakery, the maternity hospital and all the necessary infrastructure will continue to work.

“And most importantly, people will attend to their primary concerns – to raise children and look after the garden. Even in this difficult time for everyone, I want people to feel comfortable,” he concluded.

Previously, infrastructure facilities and other vital social facilities were provided with electricity using diesel generators. Now electricity is supplied to all facilities in full from the territory of the Russian Federation.

On May 9, uninterrupted power supply was also organized by Russian specialists in Borovsky, Shevchenkovsky, as well as in parts of Izyumsky and Balakleysky districts.