Electrified brides: The excitement at the wedding in Madhya Pradesh 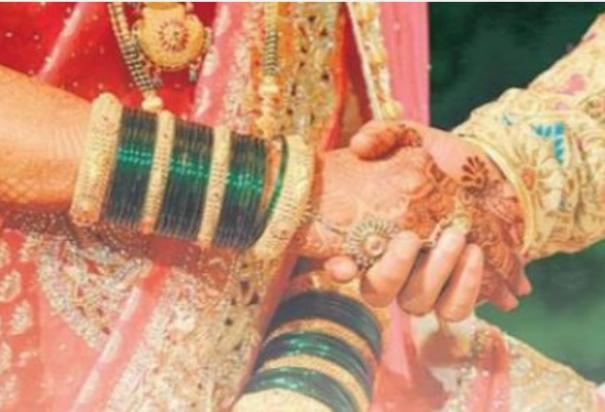 Bhopal: In Madhya Pradesh, the incident where the bride changed due to power outage during the wedding ceremony has caused controversy.

Aslana village is located in Madhya Pradesh. Electricity was cut off at a wedding of two sisters here on May 5. The bride and groom are engaged in worship between the resistors. Then the bride and groom mistakenly sit down with their fianc. Wedding ceremonies are performed in this condition.

The family found out that the wedding couple was sitting alternately after the important ceremonies were over. Following that the ritual was suspended. The language of their marriage vows was withdrawn. The brides then sat down with the grooms who were engaged to them and got married. It is said that the reason for this confusion was that the bride’s dress was the same. Opposition parties have been criticizing the ruling BJP over the incident in Madhya Pradesh due to a power outage.

The Madhya Pradesh Congress posted on its Twitter page, “Such incidents are taking place due to the power crisis in the BJP’s Shivraj regime.”

In this situation, the BJP has denied the allegation of the Congress. The BJP also said that there was no power outage during the marriage.