“Elite” ladder championship bikes start from “the heart of Dubai” 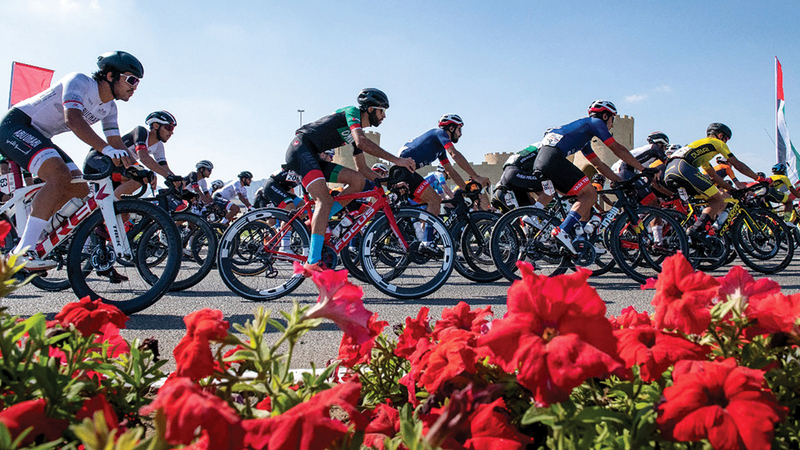 The Supreme Organizing Committee approved the distinguished path full of wonderful national and architectural landmarks, which it passes through in the heart of Dubai and in the Al-Salam area, which extends for a distance of 172 km, as it starts from the historical Shindagha neighborhood, which includes the house of Sheikh Saeed Al Maktoum, the Saruq Al-Hadid Museum and other areas that It retains important memories from the ancient history of Dubai, then passes through the Infinity Bridge to Port Rashid, then the Etihad Museum, then passes the 2nd of December Street and the intersection of Sheikh Zayed Road, then Happiness Street and the Museum of the Future, provided that the riders cross the Meydan Hotel, Manama Street, then Sheikh Zayed Road Bin Hamdan Al Nahyan, all the way to the Expo intersection, and from there to the Al Qudra area, which is witnessing a competition for a distance of 68 km within the tracks of the nature reserve, all the way to the finish line.

About 250 competitors from within the country, the Gulf Cooperation Council countries and the world are competing in the race, where the participants represent 40 teams and hold 37 nationalities, and the organizing committee has allocated financial prizes amounting to one million dirhams for the first places.

Omair bin Juma Al Falasi, CEO of the Office of His Highness Sheikh Mohammed bin Rashid Al Maktoum – Procurement and Finance and Chairman of the Supreme Organizing Committee, expressed his happiness with this distinguished start of the race, and said: “The Peace Championship achieved, through its past seasons, many great goals in the field of sports and society, and published The culture of cycling sports has great benefits for its practitioners, and the Al Qudra, Al Salam and Al Marmoom Reserve witnessed the strongest competitions, in an integrated picture that combines the splendor of the tournament and the splendor of the place. The past was full of races associated with (Expo Dubai), the largest event in the world, and the Hatta region hosted stages of the sixth season race, and today we are achieving a new dream, which is to celebrate the history and legacy of the great Dubai that is included in the museums of the historical Shindagha neighborhood, as well as the celebration of the civilizational renaissance that it is experiencing. Dubai, by passing through important areas with national, scientific and humanitarian symbols and architectural achievements, whether the Infinity Bridge, Port Rashid, the Union Museum, the Museum of the Future, and the areas of Al Street Happiness, and many other milestones that represent a source of pride for us, and passing through them represents an important event in the history of the tournament.

• The race starts from the “Al-Shindagha Historical Neighborhood” to “Al-Qudra”.

• The race track extends to a distance of 172 km with the participation of 250 competitors from different countries of the world.