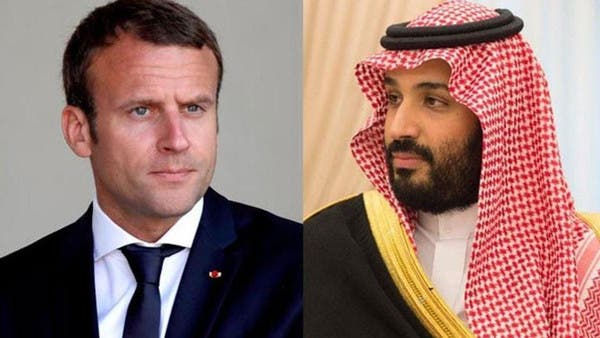 The French presidency added that Macron and Mohammed bin Salman discussed ways to calm tensions in the region, and discussed strengthening the partnership between France and Saudi Arabia.

“The Crown Prince congratulated the President of the Republic on his re-election,” the French presidential statement said about the call between Macron and the Saudi crown prince.

They talked about regional crises. The President of the Republic stressed the need to continue efforts to reduce tensions in the region in the context of following up on the results of the Baghdad Conference, which included all players in the region last year.

The President of the Republic and the Crown Prince of the Kingdom of Saudi Arabia also discussed the situation in Lebanon after the legislative elections. They reiterated the need to implement the structural reforms necessary for the recovery of this country, which the Lebanese and the international community expect. They reiterated their desire to continue coordination to support the Lebanese people.

The Crown Prince and the French President reiterated their keenness to enhance cooperation and partnership between the two countries.

The talk also focused on the war in Ukraine and its destabilizing effects on a global scale, in particular, the resulting imbalances in energy markets, and possible measures to ensure supply for all and contain the rise in world prices, were discussed.