Embarrassing defeat for Egypt against Ethiopia in the African Nations qualifiers 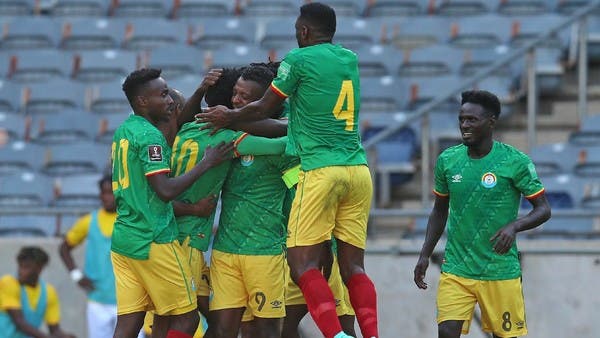 Egypt suffered an embarrassing 2-0 defeat against its host Ethiopia in the second round of the 2023 African Nations Cup qualifiers on Thursday, in the team’s second match under the leadership of the new national coach Ihab Galal.

Dawa Hotesa put Ethiopia in the lead in the 21st minute after receiving a cross from Abu Bakr Nasser, who passed easily from Mahmoud Alaa, so Hotesa succeeded in placing the ball to the right of Egypt’s goalkeeper, Mohamed Abu Jabal, in the absence of his sergeant Omar Jaber.

Shimlis Beckley doubled the score for Ethiopia in the 39th minute, after receiving a pass from Amanuel Gebremicel to the right of the penalty area to hit a very powerful ball into the ceiling of Egypt’s goalkeeper Abu Jabal.

The defeat was almost more severe in the first half and the Egyptian team, which suffered from many absences, was lucky on more than one occasion in light of the complete control of the Ethiopian team and six missed opportunities to score, while the ranks of the Egyptian team were disjointed and their defense was easily penetrated and did not get any chance In front of Ethiopia.

The first chance in the match came after six minutes in favor of Ethiopia, after Bekele extracted a ball from the Egyptian defense, but he shot it over the crossbar of goalkeeper Mohamed Abu Jabal.

With the 20th minute, Gatush Banum hit the heart of Ethiopia’s midfield with a powerful ball that was controlled by the Egypt goalkeeper.

The right post of the Egyptian national team deprived its Ethiopian counterpart of a goal in the 25th minute when Abu Bakr Nasser managed to pass Mahmoud Hamdi Al Wensh before he was singled out by goalkeeper Abu Jabal to put the ball in the goal and bounce off the post and pass along the goal line in the most dangerous opportunities.

Gebremicel missed a fourth chance for Ethiopia in the 29th minute and hit the ball near the right post of Egypt’s goal.

The referee canceled a goal for Ethiopia in the 35th minute, scored by Abu Bakr Nasser from Bekele’s cross, who was offside.

Hotesa missed a third goal for Ethiopia in the first minute of stoppage time for the second half, after he passed the defense of Egypt and was singled out by goalkeeper Abu Jabal, who pushed the ball away at the last minute before the shot.

With the start of the second half, Gebremicel manipulated Egypt’s defense and almost scored the third goal for Ethiopia before the Egypt goalkeeper intervened.

Mostafa Mohamed scored a goal for Egypt in the 48th minute, which was canceled by the referee because Mahmoud Alaa had committed a foul against the Ethiopian goalkeeper.

Egypt began its career with the new coach, Jalal, who took over from the Portuguese Carlos Queiroz, amid a great division over his appointment, with a 1-0 victory over its guest, Guinea, at the opening of the qualifiers campaign last Sunday.