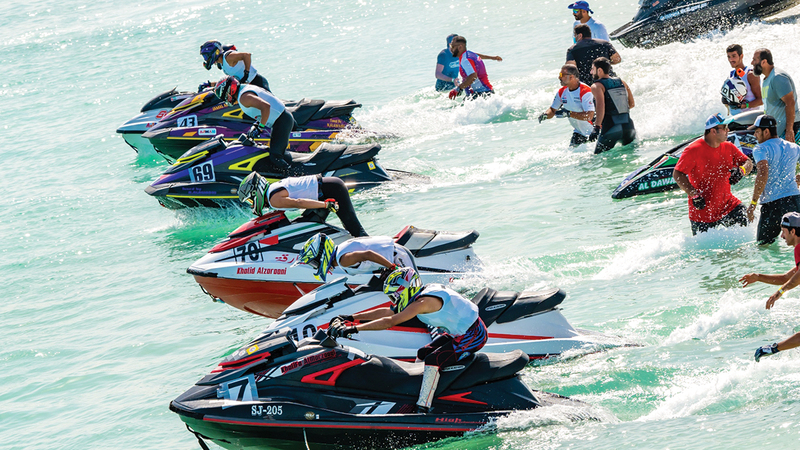 The competitions of the second round of the Emirates International Jet Ski Championship will start today on the breakwater in the capital, Abu Dhabi, organized by the Abu Dhabi Marine Sports Club, in the first board of a marine sports championship to be launched this season within the agenda of the marine club.

And a press release stated: “The jet ski wheel is back to spinning vigorously through a series of tours that start in more than one emirate and with the organization of marine clubs, and the supervision and follow-up of the Emirates Marine Sports Federation for this championship, which dates back to the nineties of the last century, to be one of the oldest sports competitions in this aspect, which became famous It has greatly expanded in its categories and laws, in addition to carrying the dye and the international recognition of its results within the international classification of the International Marine Sports Federation.”