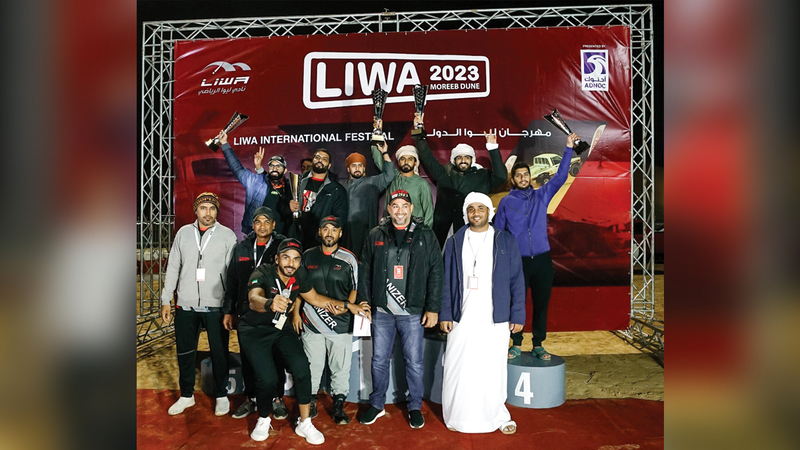 The second race of the free car show within the Liwa International Festival 2023 recorded distinguished levels, with the great turnout witnessed by the competition, over two days, with a large participation of 133 cars within the three categories of the championship. The curtain fell late yesterday evening on the activities of the Liwa Festival, while the activities of the free show concluded the day before yesterday by honoring the winners and the first. In the “N Nissan” category, the UAE champions dominated the first positions, as Marwan Saif Al Hameli scored the best show, Ahmed Al Shamsi came second, and Hamad bin Musa Al Balushi third.

Emirates stars also dominated the first positions in the “T-Toyota” category, and Faris Muhammad Al Darmaki came first, and Muhammad Salem Al Junaibi came second, and thirdly Sultan Youssef Al Hammadi. Abdullah Al Qubaisi, Chairman of the Liwa Sports Club, thanked all the partners in the success and organization of the Liwa International Festival 2023, which was exceptional by all standards, with its various and varied events and tournaments. He said in a press statement: “The festival enjoyed a wide spread and great demand in terms of participation, attendance, tournaments, and various sports and entertainment events, and it received a great interaction from the public, visitors and visitors from the UAE and abroad.” He pointed out that the festival made the Al Dhafra region and the mainland of Mereb in particular an important destination for tourism and tourists during the festival period, and it became an attractive tourist attraction for the region at the end of the year.