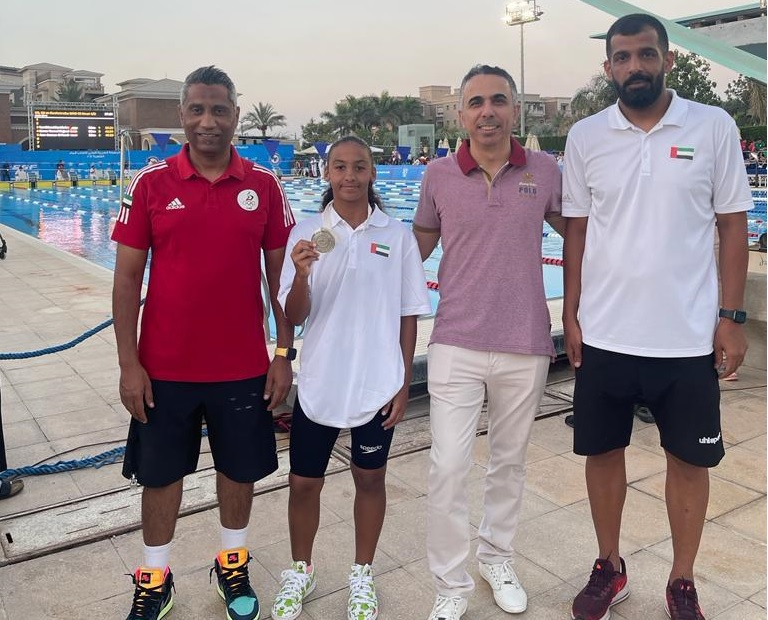 The national team swimmer, Mira Abdullah Al-Shehhi, won the silver medal in the 200-meter butterfly race for 15 years in the first Arab championship for water games held in Cairo for age groups, achieving a time of 2:37:39 minutes, to win the champion her second Arab medal in the tournament after she had achieved bronze 50m butterfly race under 15 years old.

The national swimming team concludes its participation in the championship today with a number of important races, especially for swimmer Salem Ghaleb, who is participating in competitions more than a year old, which made him come fourth in the 3 competitions he has participated in so far.