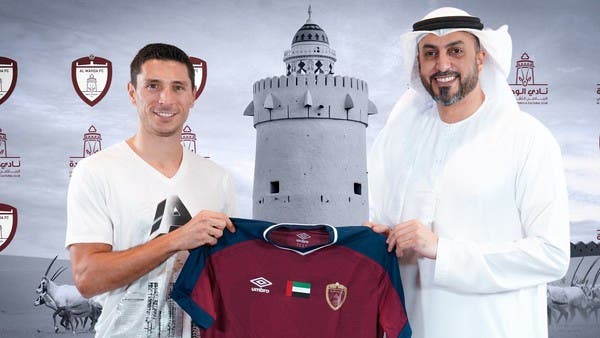 Al Wahda, the rival in the UAE Professional Football League, announced on Monday the return of striker Sebastian Taliaboy (Tigali) after two years in the ranks of the local rival Al Nasr.

Al Wahda, who finished the last season in third place, revealed in a statement via his Twitter account, “The Al Wahda Football Club contracted with the icon of the attacking line, the international Sebastian Tigali in a free transfer deal. The club’s board of directors and the team’s administrative and technical staff welcomed the return of the historical scorer, wishing the return of the historical scorer. May he have more success.”

The 37-year-old said that he is proud to represent the unit, “He will make sure to provide what satisfies the aspirations of the administration and the fans, my belonging to this slogan led me here again, I thank everyone for welcoming me.”

Tigali played nine seasons in the UAE league, including two seasons with Al Nasr, during which he scored 23 goals.