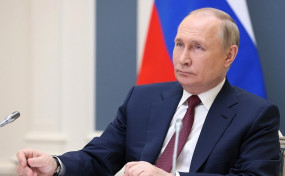 Digital Desk, Samarkand. Russian President Vladimir Putin said on Thursday that current efforts to advance a unipolar world have recently taken an “absolutely ugly” form, which has been rejected by most countries on the planet. When Putin met his Chinese counterpart Xi Jinping on the sidelines of the Shanghai Cooperation Organization (SCO) in Samarkand, Uzbekistan.

During the meeting, Putin thanked Xi for China’s balanced stance on the Ukraine crisis. China had criticized Russia for attacking the country, but blamed the US for triggering the escalation by its pressure to expand NATO.

Putin also reiterated Russia’s support of the One China policy and Beijing’s claim of sovereignty over the island of Taiwan. The Chinese government has accused the US of undermining the territorial integrity of Taipei by increasingly adopting it as a separate nation rather than an autonomous part of China.

Putin praised the SCO as a platform for constructive and constructive cooperation. He remarked that members of the group have different cultural traditions, economic models and foreign policy preferences.

As RT reports, the Russian leader remarked that their desire to work together as equal partners while respecting each other has helped the SCO rise to prominence in a relatively short period of time. Putin stressed That said, it is now the largest regional organization in the world, uniting a vast geographical space and almost half the population of our planet.

The SCO is an economic integration and confidence-building organization that unites several Eurasian countries, including Russia and China. Its list of other permanent members includes India, Kazakhstan, Kyrgyzstan, Pakistan, Tajikistan and Uzbekistan. During the ongoing summit of the leaders of the member states, Iran made a commitment to upgrade its status from an observer to a full member. signed.