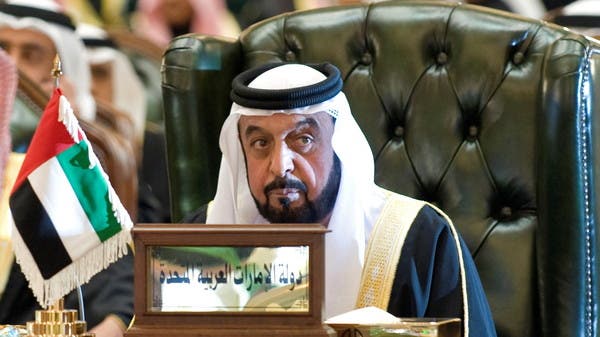 The President of the United Arab Emirates, Sheikh Khalifa bin Zayed Al Nahyan, passed away today, Friday, and the country declared 40 days of mourning and flags at half-mast.

The Ministry of Presidential Affairs also announced the suspension of work in ministries, departments, federal and local institutions, and the private sector for 3 days.

All Emiratis and Arab leaders expressed their grief over the departure of the president, whose rule marked the country in a prosperous manner.

While the Crown Prince of Abu Dhabi, Sheikh Mohammed bin Zayed, stressed that the positions and achievements of Sheikh Khalifa, his wisdom, giving and initiatives in every corner of the country.

He also stressed that the Emirates had lost, with his departure, “its righteous son and leader of the empowerment stage.”

Here are the highlights of his career:

Sheikh Khalifa bin Zayed Al Nahyan was born in 1948, and was appointed Crown Prince of Abu Dhabi in 1969.

Then he headed the first local council of ministers for the Emirate of Abu Dhabi in 1971.

In 1974, he became Deputy Prime Minister of the Federal Council of Ministers.

Two years later, that is, in 1976, he became Deputy Supreme Commander of the UAE Armed Forces.

Then, in November 2004, he became the president of the UAE.

His reign began with a distinguished electoral experience in 2006, with the birth of the Federal National Council.

He also launched, after assuming power, his first strategic plan for the UAE government, to achieve balanced and sustainable development and ensure the prosperity of citizens.

In addition, Sheikh Khalifa was inspired in his work by the policies of his father, Sheikh Zayed, the founder of the state, and supported the other six emirates throughout his presidency.

His reign, which extended for 18 years, was also marked by the transition from the establishment stage to the empowerment stage, and was marked by a great economic boom in the country, as well as commercial and tourism growth.

What the UAE has achieved in this phase of empowerment, which is an extension of the founding phase, is reflected in people’s lives and the business sector, making the UAE the dream of all those looking for success, stability and a comfortable life, according to the Emirates News Agency.

He sought to develop all sectors in the country, whether health, commercial or sports.

He was also known for his love of sports, especially traditional sports, such as equestrian and camel racing, and he was fond of fishing and falcons.

His name was given to the Burj Khalifa, the tallest tower in the world in the Emirate of Dubai, in the United Arab Emirates, in a message of appreciation for his contributions and achievements in the Emirates.